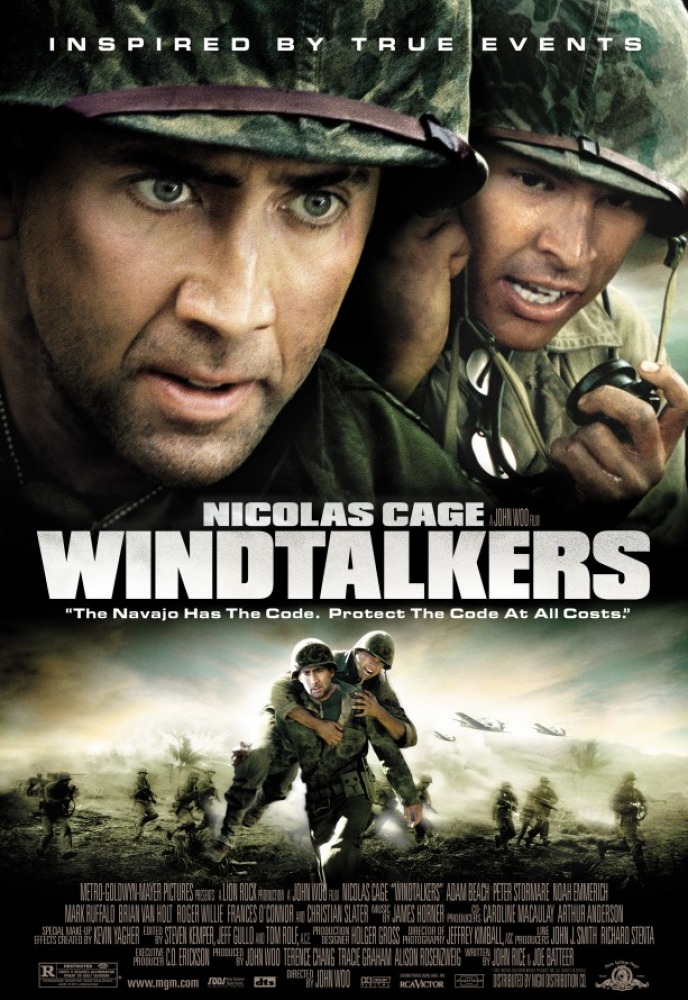 Plot: Two Marines are assigned to protect America's greatest asset on the WWII Pacific Front: the Navajo code talkers whose language is the one code the Japanese cannot break. -- Chris Kavan

John Woo - he of the jumping through the air whilst shooting two guns and silently flying doves tries his best to mix action and war and fails on both fronts. It doesn't help that Cage is miscast. There are much better alternatives.

Traumatized WWII sergeant Nicolas Cage is charged with the safe keeping of a Navajo code talker and ordered to ensure he never falls into enemy hands-no matter what the cost. From the very start, it's obvious that this is a John Woo film; the combination of slickly directed action, sentiment and XY pleasing heroics is exactly what you'd expect of him. Woo is essentially a one trick pony; he is very good at action set pieces and this is no exception. The battle sequences are very well staged but often times it felt like the action was a little too relentless. Cage bulldozes through the enemy forces like Schwarzenegger on PCP and it feels like the characters are just a little too disposable. For this reason, anyone expecting a gritty, believable war film should steer clear. But although …

Movies of 2002 by Stoney McStonerson

No posts have been made on this movie yet. Be the first to start talking about Windtalkers!