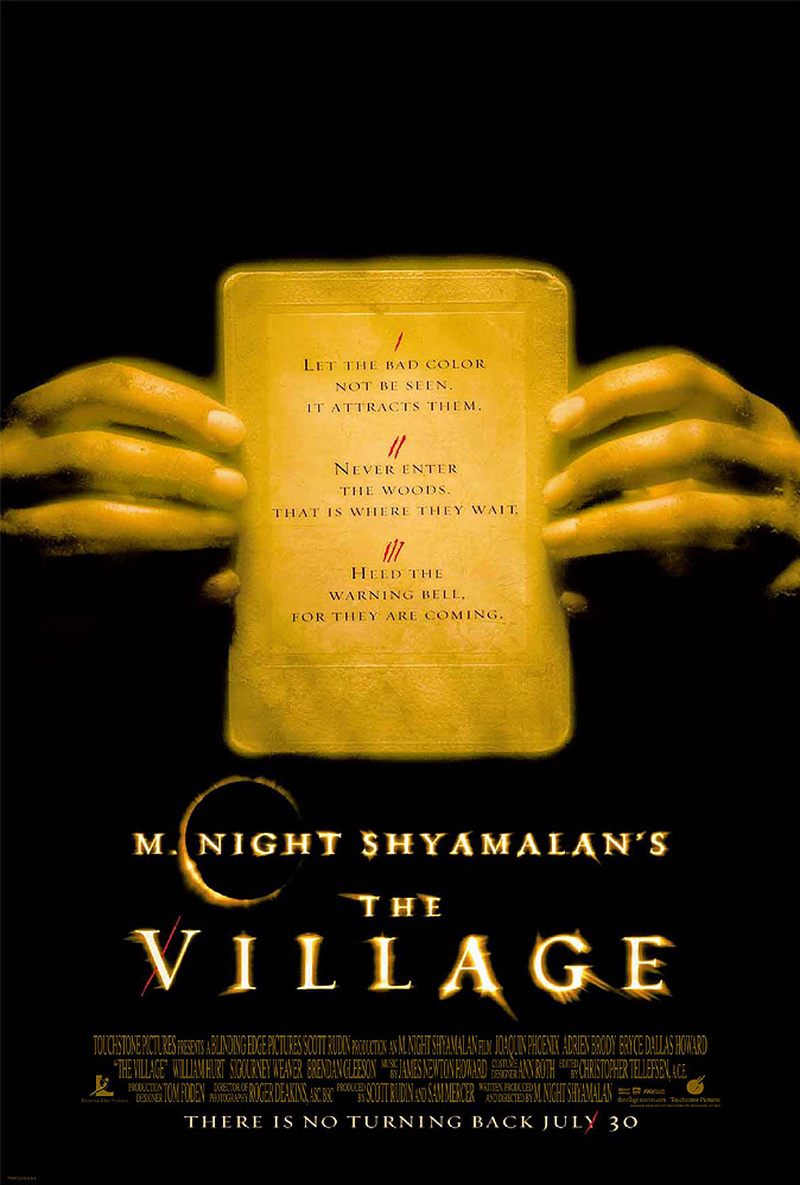 Plot: An isolated Pennsylvania village has a pact with the creatures of the woods: they will not enter the woods and the creatures won't enter the village. However, when one of their own needs medicine from the outside, the pact must be broken.

A mediocre atmospheric thriller that relies entirely on its foreseeable twist that doesn't work.

This movie has boring acting and the directing is not good, The actress who played the blind women did a horrible job because most of the scenes she looks at some of the characters in the eye and she is okay walking up and down some steps. The twist was so predictable and so terrible.

Genuinely mysterious, if nothing else. Not Night's best, or worst.

No posts have been made on this movie yet. Be the first to start talking about The Village!