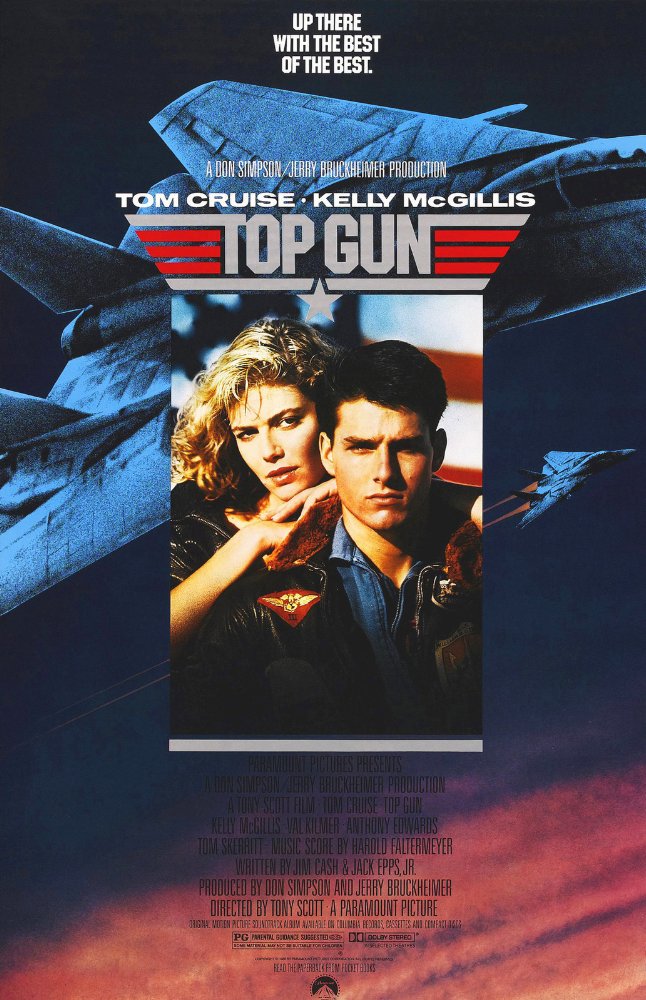 Plot: A hot shot Naval Officer lands a role in the top flyin school in the country. He meets competition along the way as well as tragedy and love.

The poster child of cheesy 80s movies made by men for men, "Top Gun" is more fascinating as a pop culture fixation than as a compelling drama.

I liked Quentin Tarantino's take on this film. Regardless, this is a classic which should be seen by all in order to understand the mindset of society in that era. It also has one of the best theme songs ever recorded.

Unbelievably lame Hollywood actioner that mixes decent aerial sequences with a dim-witted testosterone soaked soap opera when it's on the ground. Cliched and idiotic.

What made Tom Cruise a Star

One could make the claim that "Top Gun," released during the summer of 1986, is one of the most influential action/guy movies ever made. Its testosterone-driven story of a young hotshot navy pilot named Maverick (Tom Cruise), who is sent with his co-pilot Goose (Anthony Edwards) to "Top Gun," a school for the top 1% pilots in the world, took a backseat to relentless, daring action, and a cheesy romance subplot between Maverick and his civilian instructor (Kelly McGillis) that only seemed to fuel the story."Top Gun" was directed skillfully by Tony Scott (younger brother of Ridley), who threw in a number of elements that would eventually become clichÃ© and worn out by the countless imitators over the years and up until today, in 2004. I was a teenager when "Top Gun" was released in 1986, …

No posts have been made on this movie yet. Be the first to start talking about Top Gun!