To Kill a Mockingbird Movie Information 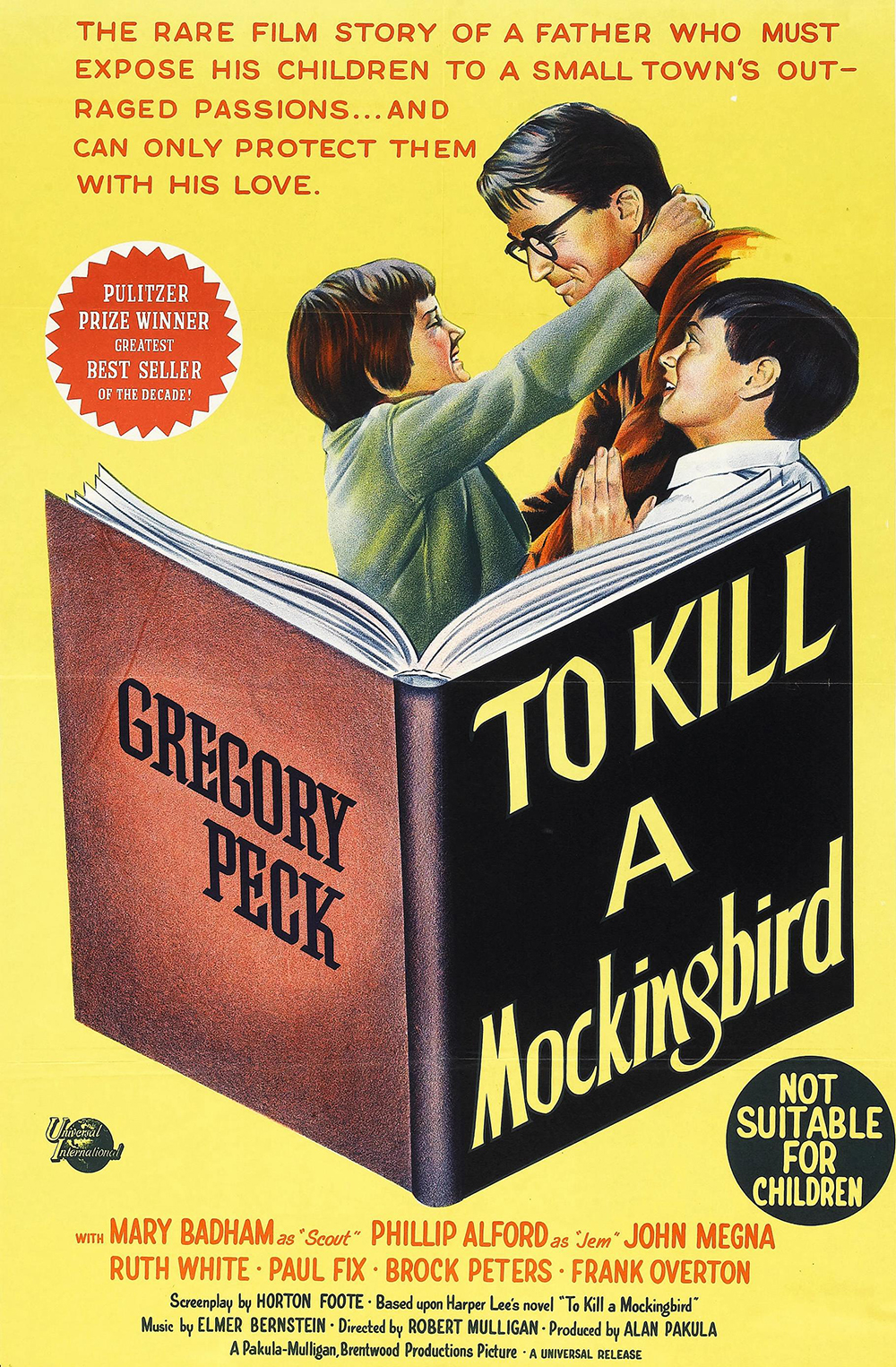 Plot: A black man is charged with rape while a white man defends him in the 1930's south. The story is told through the eyes of his daugther.

"To Kill a Mockingbird" proves to be a defining film of the 1960s due to its powerful and important message and themes.

Noticeably impactful and socially throught-provoking American gem of the Golden Age. The power of family, despite its idealized portrayal, meets the immoral behaviors of society, including its ludicrous arguments that conform their "constitution". Spectacular score and a tremendously massive appeal is what caught the audience's attention and what allowed the story to conquer hearts, besides the popularity of the novel, but it is still a moving gem. 93/100

Gregory Peck gives his career role in To Kill a Mockingbird, with every nuance bringing to life the good-hearted and intelligent lawyer Atticus Finch. The film's courtroom scenes are tense and revealing and don't pull their punches in terms of respecting the audience's intelligence. The supporting cast is equally wonderful and the film deals with a touchy subject with gravity and revelation.

I usually don't like films which feature racism as the primary topic. They usually end up being forced emotion and white guilt, but for the ones that I do like, it's hard to leave out To Kill A Mockingbird.

I got the Digibook to this film a few months ago, and I'm not regretting a thing, it was worth every penny.
Although it is a black and white film, it has that feel-good quality that we barely find anymore in films today. It feels like it's in color. It reaches out to you with its characters, dialogue, excellent storyline and all-round execution.
It features the point of view of a child, which is sometimes very important, as innocence is a leading factor of justice and right and wrong need to be broken down.
Gregory Peck is mesmerizing. The dialogue he delivers gives me …

Worthy of it's praise

I shouldn't have to tell you that To Kill A Mocking Bird is considered to be one of the greatest films ever to be made. I shouldn't have to inform you that this film is based off of the book by the same name, which is met with an equal amount of praise. But what I say now is important: This film is certainly worthy of all the praise.

To Kill A Mocking Bird is based off of Harper Lee's book by the same name. It's about a young girl named Scout, and her older brother Jem, and their puny friend, Dill. Scout's father, Atticus (Gregory Peck) takes a case to defend a black man named Tom Robinson, who is charged of raping a white woman.

That's really all there is to it. It's a simple tale, but an affecting one.

One of the best parts of the film, is the title sequence: A skillfully …

To Kill a Mockingbird review

Gregory Peck does an astounding job as the morally correct Lawyer Atticus Finch. Definitely a memorable performance and the kids likewise did a remarkable job. One of the few film's in its time with dual premises. A black man convicted of murder and the horrific tales of Arthur "Boo" Radley. The score, supporting cast, brilliant screenplay made the film interesting. Peck shines and the quotes are unforgettable. Atticus Finch - "You never really understand a person until you consider things from his point of view, until you climb inside of his skin and walk around in it." "In our courts, all men are created equal. I'm no idealist to believe firmly... in the integrity of our courts and of our jury system. That's no ideal to me. That is a living, working reality!" "Shoot all the …

No posts have been made on this movie yet. Be the first to start talking about To Kill a Mockingbird!