Plot: Superman is on a quest to rid the world of nuclear weapons, but Lex Luther is once again up to his old tricks, creating Nuclear Man to combat the Man of Steel. -- Chris Kavan

Worst superman movie ever. Superman is on a quest to rid the world of nuclear weapons, but Lex Luther is once again up to his old tricks, creating Nuclear Man to combat the Man of Steel. This movie has one of the worst fighting you will ever see in your life and the visual effect's are so fake and really bad.

Dumb preachy nonsense that pits superman against a caped plank of wood in a non-stop po-faced cheesefest. Laughably bad.

Luthor and his nephew steal Superman's hair to create "Nuclear Man." Superman makes a message to all nations to remove all nuclear weapons. After re-watching this film, it seems that it was an unfitting end of the the franchise. It seemed more of statement documentary with prolonged dialogues instead of an entertaining fantasy. Fascinating how Superman knew who Nuclear Man was looking for and that he had a few extra powers. The intent of abducting Lacy (Mariel Hemingway) was never even explained. Has the worst screenplay of all and the obvious wiring that makes Reeves fly (where he drops off Nuclear Man) was visible. Not even John Williams' score can save the movie. Superman IV: The Quest for Peace was just preposterous. 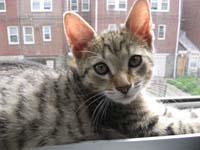 I recently watched all 4 Superman movies over the period of a week or so. This was the most horrible of those movies. I'll say right up front that Christopher Reeve was the only good thing in this movie. His version of Clark Kent and Superman are, by far, my favorite. He adds a depth to the part no matter what dialogue he has to work with. His Clark seems to enjoy acting like a klutz, as if he's amused by it. He very much looks the part of Superman.
Sadly, Mr. Reeve is the only good thing in this film. He's why this even got one star. The plot was stupid. It's bad enough that Superman's going to throw all the nuclear weapons in to the sun, Lex has his whole Nuclear Man plan. Lame. I wondered if tossing all those nukes into the sun would have some sort of effect on the sun …

This was the worse of the Superman movies, it was just plain awful. I can't express enough how bad the movie was... but I'll try. Superman IV is not a good movie. It has an intriguing concept at it's heart, Superman ridding the world of nuclear devices, but everything around that central idea is just a complete mess. Many of the outstanding aspects of the previous films are just shoddy this time around. The special effects are abysmal, with many generic elements of Superman flying reused over and over again and almost none of it is believable. The action sequences, what few there are, are unspectacular and barely raise your pulse. The film, on the whole, has a rushed and half-complete feeling to it, and you get the impression you are watching a movie made on the cheap, not the latest …

Worst All Time by Chris Kavan

No posts have been made on this movie yet. Be the first to start talking about Superman IV: The Quest for Peace!