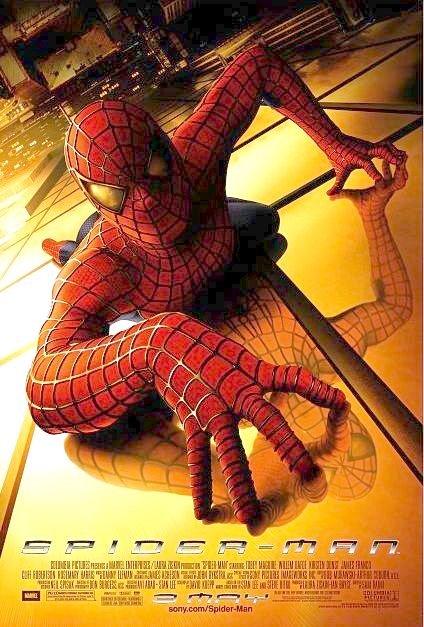 It may not have the best CGI effects, but for sure everything else - the plot, the script, and the acting - is on the same level as other great superhero films like Batman and Superman.

Making superhero films is tricky in the sense that you have to have that balance of fight scenes to make it enjoyable and enough character back story to really give that character some depth.

A great blend of action, adventure, humor, emotion, thrills and fiction - things you won't expect in a superhero film.

A Better Kind of Action Film

Action movies are a dime a dozen. So many are released in a single year, yet so few are actually worth seeing. Spider-Man is one of the few worth seeing. Super hero films have never been all that appealing to me. More often than not, they end up being cheesy, cliched, and often campy. And while certain aspects of the film (most notably Green Goblin's outfit) are indeed campy, Spider-Man holds up very well, especially for a super hero film, and should not be shot down as simply another action film.

The story, as is with many action films, is quite simple. Peter Parker is bitten by a genetically enhanced spider, and is given spider-like abilities. Parker takes advantage of these abilities by doing good and protecting New York from wrong. But when a villain (nicknamed the Green …

One of Marvel's flagship characters finally makes it to the big screen and with Sam Raimi at the helm, you have a sure-fire winner. The first half of the film is, as expected, fantastic. It has just the right balance of humour and action and although Tobey Maguire's acting talents are rather limited, he manages to pull off the dorky charm of Peter Parker with some success. There's a lot of humour in the discovery of his powers and how to use them and the supporting characters are all believeable. It also shows the motivations and character development of Spiderman really well and rarely descends into schmaltz. Unfortunately once the tights go on, things are not quite as strong. The Green Goblin was never a particularly interesting character and although the schizophrenia plot line is …

In 2002, the world was treated to the second big budget treatment of a Marvel comic book in the form of Spider-Man. Bryan Singer had opened the doors for major comic book adaptations two years prior with his adaptation of the X-Men, and he proved such movies could make major earnings in the box office. Well, along came a spider and proved just how true that was when Spider-Man grossed $403.7 million in the United States alone. The film introduces audiences to the origins of the hero, when Peter Parker is bitten by a genetically-altered spider and is given extraordinary abilities (i.e. web-slinging, wall-crawling, his "spider-sense"). After the death of his uncle at the hands of a car-jacker, Peter becomes determined to prevent crime and evil forces from ruining the lives of others and …

No posts have been made on this movie yet. Be the first to start talking about Spider-Man!