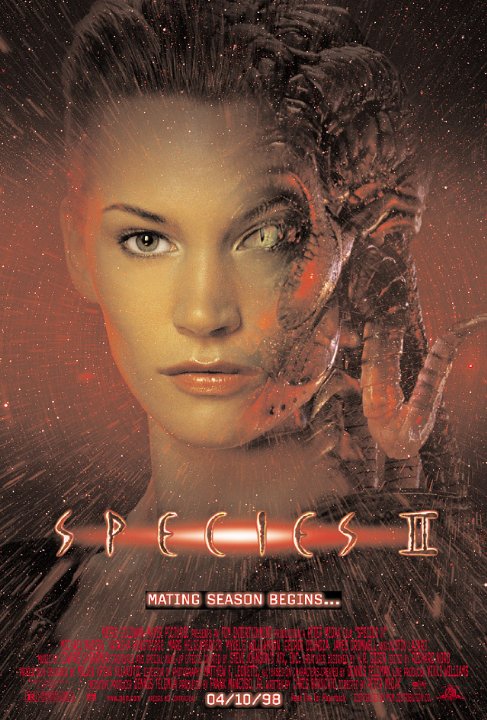 Plot: A group of astronauts are infected with a virus that turns them into aliens with lust-filled excitement.

The first was pretty original and could have create a profitable saga. Pitty. This one sinked the whole idea deeper than the Titanic.

The original Species had a somewhat original and interesting plot but for whatever reason, this sequel decided to ignore that and go straight for sex & violence and leave the plot behind. Not even half as good as the first.

This sucked. The plot was bad, acting was crap, the special effects were terrible and even the sex scenes were boring. Lesson: do not make sequels of mediocre movies.

O God - where to start with this one... There are of course worse movies than Species 2 but it's very likely most of them didn't feature so many far-fetched and obscure ideas as this film does. That isnât to say this movie is entirely badâ¦ it can certainly be enjoyable but in all reality it is a very bad movie. The film starts off with three astronauts returning from Mars. While aboard the shuttle they are infected by an alien organism that stowed aboard and somehow or another transforms them into human/alien hybrids with a need to reproduce. It would seem the government has also inexplicably cloned Sil in the form of Eve, played once again by Natasha Henstridge. Also returning for this sequel are Mike Madsen and Marg Helgenberger.

The scientific part of the film makes far less …

Worst All Time by Josh C

No posts have been made on this movie yet. Be the first to start talking about Species 2!