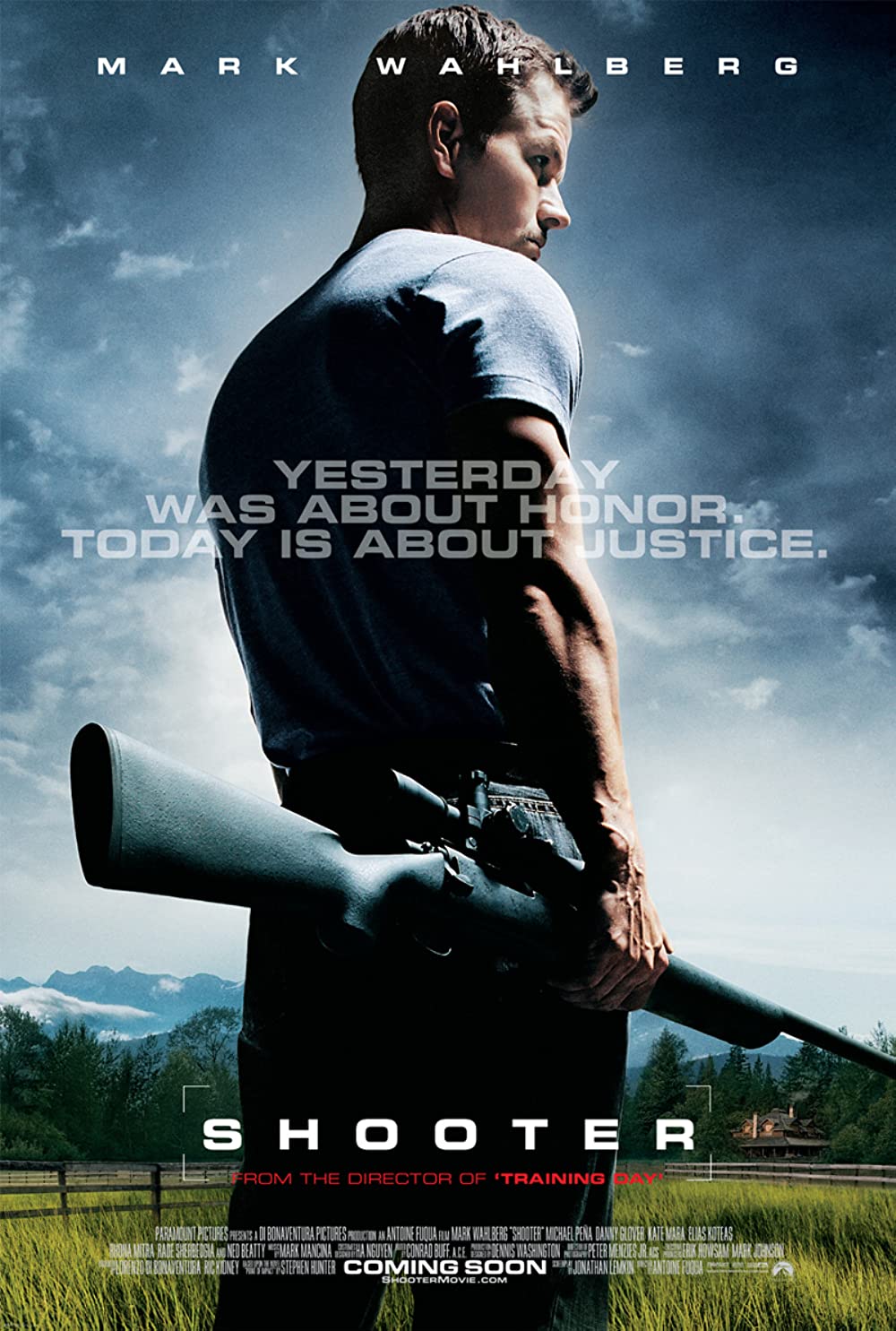 Plot: A marksman on a self-imposed exile is brought in when information about a presidential assassination surfaces. When he is double-crossed, he starts a mission to clear his name and bring those responsible to justice. -- Chris Kavan

Should have a better rating on RT I don't know like 78% but that's just me. The story is about a marksman on a self-imposed exile is brought in when information about a presidential assassination surfaces. When he is double-crossed, he starts a mission to clear his name and bring those responsible to justice. This movie has great action and I really enjoyed this movie a lot.

The action in this movie is the best thing about it. The story-line was a little mediocre, in my humble opinion.

Bob Lee Swagger (Mark Wahlberg), a retired USMC Force Recon Gunnery Sergeant and Scout Sniper, is framed for assassinating an Ethiopian archbishop. Sarah Fenn (Kate Mara) helps Swagger by tending to his gun wounds. Sarah is abducted by Col. Johnsonâs right hand Jack Payne (Elias Koteas). The political angle was sometimes more focused than the plot and acting. It had a few engaging scenes but overall it lacks the intellect and realism. Shooter is a decent action film whose parts are better than the whole.

~They killed his dog~

Bob Lee Swagger (Mark Wahlberg), a retired US sniper is recruited by Colonel Isaac Johnson (Danny Glover). He wants Swagger to plan an assassination attempt on the President, so the U.S. can figure out a way to prevent a REAL assassination. But Swagger is betrayed and is forced to go on the run while trying to track down the real killer and discover the truth about who betrayed him. Danny Glover is always fun to watch and Michael Pena portrays Nick Memphis, the FBI wide eyed rookie who becomes Swagger's partner when he realizes that Swagger is innocent. Rhona Mitra is wasted â sheâs barely there and Kate Mara is the Southern belle who ends up getting caught in the crossfire.

This movie is not about justice or hurt feelings... this is about a guy's dog. You kill my dog and
rest …

An ex Special Services sniper is recruited to investigate a possible assassination attempt on the President but when he is framed for the death of a foreign dignitary he must find the real conspirators to clear his name. It's Marky Mark's turn to strut his Bourne thang and Shooter has all the ingredients you'd expect from a Hollywood conspiracy thriller. Wahlberg and Pena are fine as the outlaw lawmen cutting a swathe of popping craniums through the usual suspects, although Rhona Mitra and Kate Mara are clearly just there as the obligatory window dressing and I wish Elias Koteas would stop taking these parts as grinning caricatures because he's better than this. It at least attempts to touch on the subject of the US's foreign policy of planting a stars and stripes on every country on the …

No posts have been made on this movie yet. Be the first to start talking about Shooter!