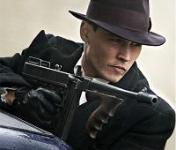 About Me: I'm a giant coward. I know right! if Micheal Myers were after me I'd give up and just die. why is he so angry anyway, it's not like i personally did anything to piss the guy off. LAME!!!

Interests: XBOX 360, The Punisher, and my Mighty Muggs collection. Wow thats pretty bad. What I meant to say was...going to the gym, reading Mens Health, and fast cars.

Guilty Pleasure: All of the Harry Potter Films

Movie Quotes: Will Turner: You want me to find this? Jack Sparrow: No. You want you to find this, because the finding of this finds you incapacitorially finding and or locating in your discovering the detecting of a way to save your dolly belle, ol' what's-her-face.

Will Hayes: Yes, I am in fact the toilet paper guy, but feel free to cal me the bagel-and-coffee guy. Or, Todd in accounting calls me Chrystal, which I'm pretty sure is a girl's name.

What can I say about Role Models except that I absolutly loved it. Paul Rudd has easily come into his own and established himself as a powerhouse in all things comedy. From his quick witted comments to his smart humor, he is the star of this film. Not taking away from Seann William Scott, he was able to complement Rudd with his own style of in your face crude humor. I believe these two made the movie what it is, the best comedy I've seen in years. Enough said.

By the way, i'm askin everybody to 'boycott', not see the sequel to Iron Man. I know that's askin a lot, but they totally screwed over Terrence Howard. Just read what Howard says, and how they didn't honor his contract. Those loosers over there are casting Don Cheadle to replace Howard. Are they kidding me, if i was Downey, i wouldn't do the movie w/out howard.

not just Denzel and Crowe, c'mon. but in Virtuosity: DW was the cop and RC was the villian. and obviously it was vice versa in American Gangster. Just thought that was unique

anyone know the irony between, Virtuosity and American Gangster?

i thought i was the only one who ever saw 'the Gate'.

i got one, i got one. how about that Patrick Swayze moviewith all the trucks. Black Dog...it had Meatloaf and Randy Travis...both of whom sucked

I remember the days when Disney was about something. Now they are a money sucking teeny bopper machine. Also i don't think we will have to worry about Whitney making any more flicks unless they make a sequel to Blow!!

Good list man!
Here are some i like in my youth
The Explorers
Flight of the Navigator
Problem Child
License To Drive
The Land Before Time
The Brave Little Toaster
The Rocketeer
Little Monsters
D.A.R.Y.L.
Critters
Return To Oz
Drop Dead Fred
Parenthood
Stand By Me
The Witches
The Crow
Mighty Morphing Power Rangers Movie
The Pagemaster