The Hobbit: An Unexpected Journey is appreciable because of its
brilliance, acceptable for its nobility and unquestionable in its
integrity.

Growing up I read the Hobbit many times and it got my imagination always worked overtime. I did not believe they could ever make a movie that could match what I made up. I was wrong. Each moment that unfolded on the screen was so close to what I remembered as a kid. I was also so glad Peter Jackson did not try and condense this down into one film. He knows and loves the Series and it shows in what he brings to the screen. Though I would have loved to have seen all three with in awseek, I understand why they do what they do. It is about money for the studio but for me and I believe those who love the Hobbit, it is the only way to go. 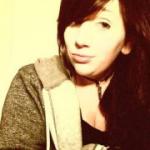 Could you guys just end it with the big business and just see it as the movie. Come on. If anyone, like me, enjoys any of Tolkien's books, they would appreciate that Jackson is bringing it life. In a way that others can understand it. That is if they can at least sit through it. &nbsp;Yeah some of the little details are off like Hobbits are much smaller then dwarves but who cares. Just shut up, wait for it to release, and enjoy it. - Sincerely, a girl who likes content, not price.

Oh boy...another Lord of the Rings trilogy. The more and more I watch Return of the King, it is clearly the worst one. The endings are unwatchable and the last half is simply Transformers 2 and 3 combined.

It has been confirmed that Peter Jackson is turning the Hobbit into a trilogy, using material from other sources to flesh out the third part:http://www.deadline.com/2 012/07/peter-jackson-conf irms-the-hobbit-will-be-t hree-films/It seems everyone is splitting up their franchises into more parts (See Harry Potter, Twilight, The Hunger Games) so it's logical, from a standpoint of making more money, to add on another film, but I have no idea what to expect. It feels like a lot of padding but Jackson knows his way around Middle Earth probably just as well as Tolkien did. It's a pretty big gamble that, given the fans, will pay off, but I can't help but think all the studio sees is $$$$

I'm looking forward to this movie, loved the lord of the rings trilogy. though i expect it to be not as good due to the nature of the story. but smeagol is in it a bit so i'm happy lol.not too bothered about what its filmed in. i,ll worry about that after the movie. hopefully it will be good. apperently it will be available in 3d and various other formats anyway.

I don't like it. But it may be something that we have to get used to. As long as it is shot at 48 fps, it may look ok. When a tv or device adds fake frames, that is when adjustments need to be made. Either way, are the trailers displayed at 48fps?

Is 48 fps second a good thing or not?&nbsp; Will it take away from the film, and should be left at the usual 24 fps?&nbsp; Or is this the kind of movie that can open the way for a new wave of future films?&nbsp; I've seen this kind of effect before, movements look so real, that it looks fake.http://www.slashfilm.com/ peter-jackson-responds-cr iticism-48frames-footage- the-hobbit/

It's always about money Alex.