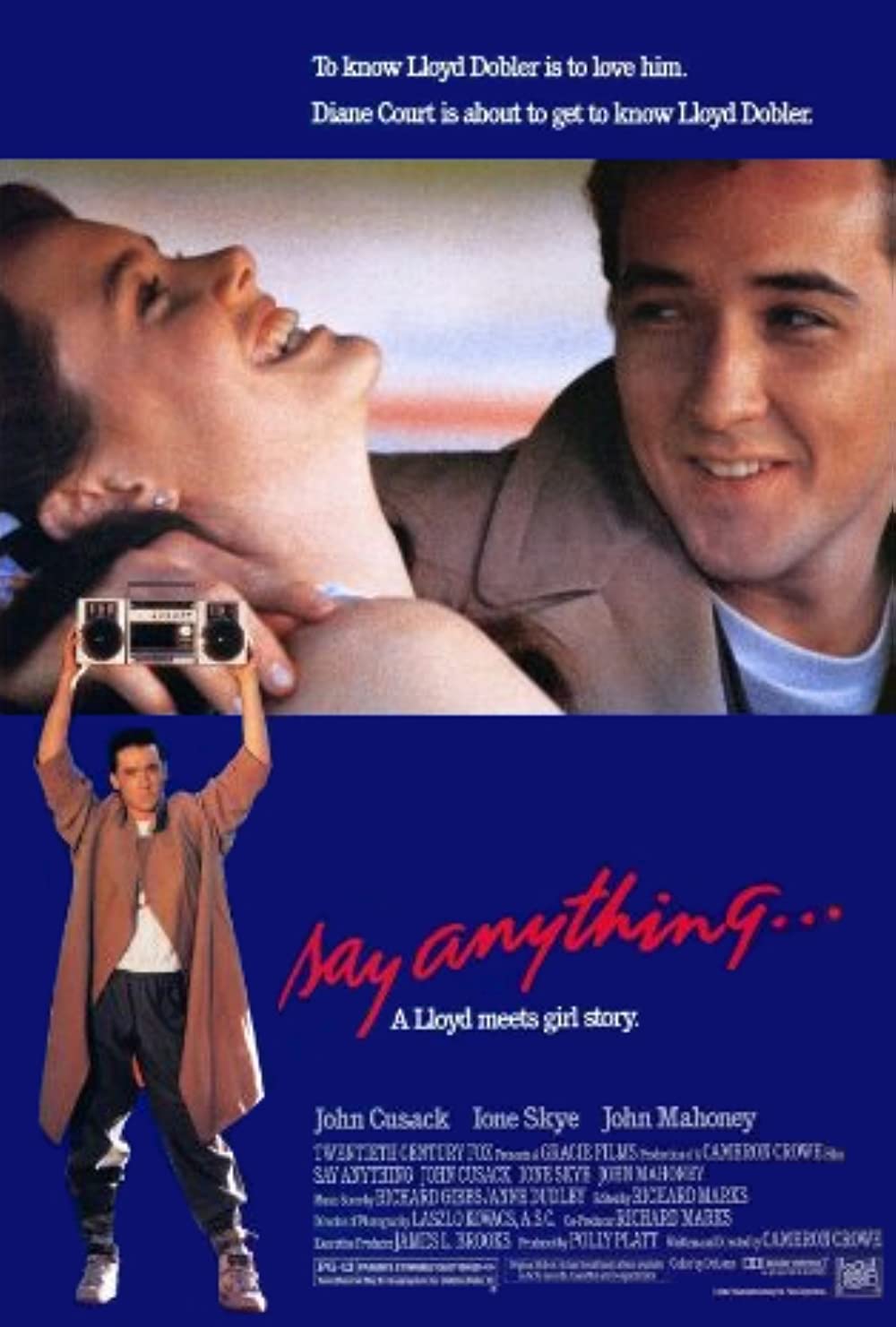 Plot: A high school guy falls in love with a girl who is out of his league.

A smart and oddball romantic comedy, this product of the 80s still fits in today.

A bold and sarcastic take on the teen rom-com genre. John Cusack owns every frame of the film with his sardonic, yet somehow likable Lloyd Dobler. The film takes a believable attitude towards romance, while still finding the subtle comedic moments that director Cameron Crowe would later perfect. Gotta love the Peter Gabriel scene, obviously.

This is a solid romantic comedy that serves up some serious drama, as well. I like the characters and the situations.

No posts have been made on this movie yet. Be the first to start talking about Say Anything...!