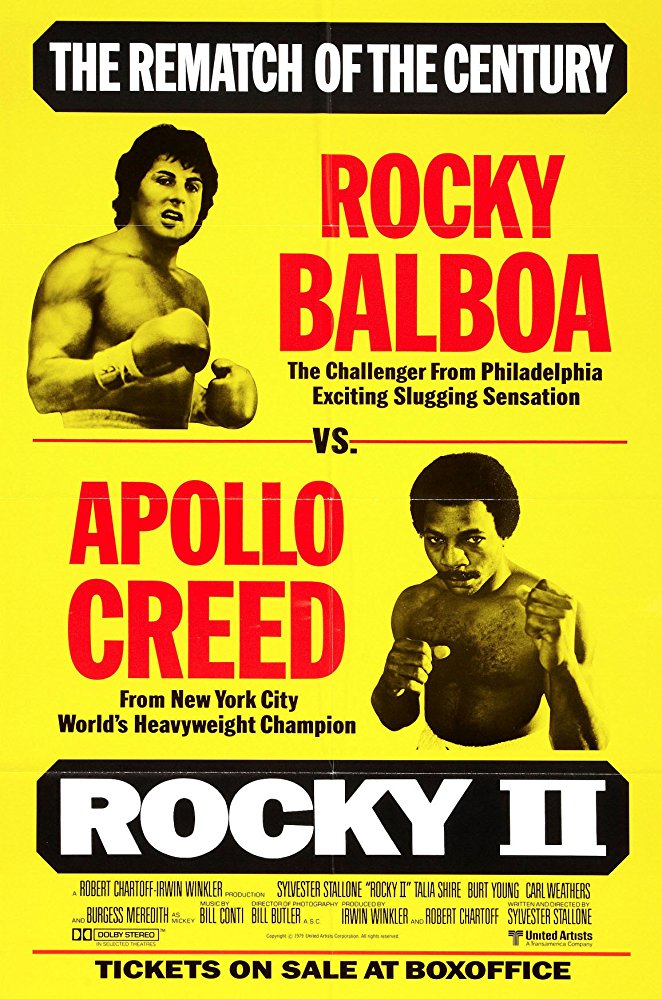 Plot: Rocky takes another shot at Apollo Creed, who will win this time?

Rocky takes another shot at Apollo Creed, who will win this time. This movie was a alright sequel.

It of course retreads the same ground as the first, but it's efficiently done despite the obvious predictability of it all.

A really good sequel that feels like a true continuation to the story. The drama is still there and the characters are put through more challenging situations. Almost as good as the first.

Rocky (Stallone) was in a fight with Apollo Creed (Carl Weathers) ends with a split decision. He marries Adrian (Talia Shire) and bears a child. Mickey Goldmill (Burgess Meredith) is approached by Rocky to train him for his comeback. Screenplay was still solid and had heart with lines from Adrian â âThere's one thing I want you to do for me. Win, win!â Mickey â âIf you wanna stay here I'll stay with ya. I stay with ya. I'll stay and pray. What do I got to lose?â Rocky â âThanks, Father. You done real good. I'm proud of you. Okay, things are gonna be great.â Direction was solid and the dizzying sequence on the ring was wonderful and conclusion was apt. The winning sincere was still used and it involved the kids more. Burgess Meredith was incredible and Stallone …

No posts have been made on this movie yet. Be the first to start talking about Rocky II!