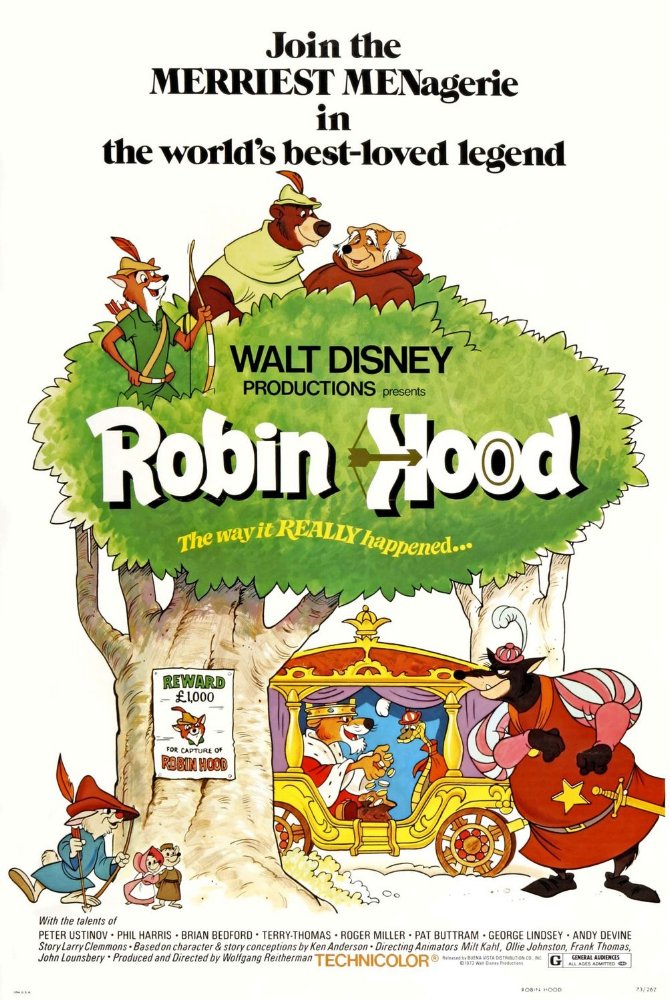 Plot: Disney animates Robin Hood in this imaginative retelling where animals sub for humans. The outlaw and hero of the people Robin Hood and his gang of merry men take on the evil Sheriff of Nottingham and usurper Prince John. -- Chris Kavan

Disney's anthropomorphic animal telling of Robin Hood is colorful and lively, but much too slight to reach masterpiece status.

A fun take on this classic tale. The characters are funny and the action is pleasing.

An underappreciated Disney gem, complete with a gentle soundtrack, some elegant traditional animation, and memorable characters. Nostalgic throwback to the Disney films of the 40's.

I can't exactly call Robin Hood an obscure film. This is Disney after all. But it is one of their lesser known films, which is due to it being a worse film than other Disney films. It's not bad, by any means. It's another solid Disney film, I just can't call it a masterpiece.

This is basically an adaption of Robin Hood, but with animals portraying the characters. Robin Hood steals from the rich, gives to the poor (with the help of not-so Little John), while King John and his henchmen attempt to arrest and execute him.

There are three things that Disney is known for in their animated films: Good songs, memorable characters, and romance. Unfortunately, Robin Hood doesn't completely deliver.

The songs are a major disappointment compared to Disney's previous work. One or two …

No posts have been made on this movie yet. Be the first to start talking about Robin Hood!