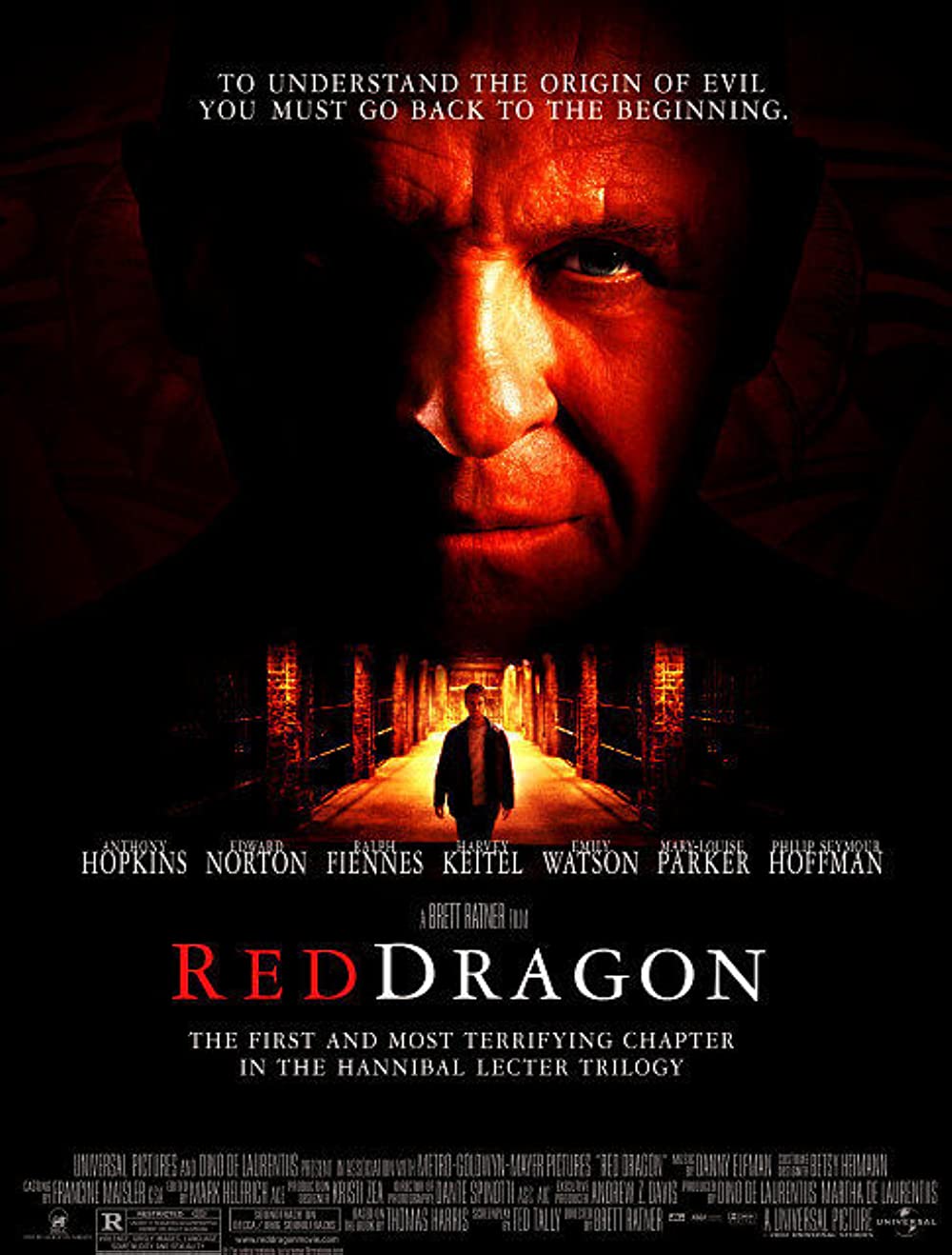 Plot: A retired FBI agent with a pychological talent, is brought back to track down "the Tooth Fairy". However, he is forced to get help from Hannibal Lector - the man he put away and who almost killed him.

It regains the sense of mystery that was lost in the straight forward but still quite riveting "Hannibal," and while it is often more naive than "The Silence of the Lambs," it has craft and finds amusing ways to connect itself to the 1991 film.

Taking about a grim movie. Once again Anthony Hopkins and Edward Norton did a fantastic job in there roles. Brett Ratner knows how to shot a good looking movie and he does it here.

While it's missing the edge and intensity of the first film, it's certainly not the outrageous gorefest that Hannibal was. The film presents a well-executed plot of mystery and intrigue and Anthony Hopkins's Hanibal Lecter is so much more creepy and interesting when he's sneering from behind bars.

The third of the modern Lecter franchise is a prequel to Silence Of The Lambs, and features his capture at the hands of the FBI, and the events leading up to Clarice's visit. And those events could have featured in any one of a hundred other serial killer movies. The big name cast is the only thing that marks this film above every production line made-for-TV mediocrity that populates our small screens. For me, the Lecter films are at their best when he is on the loose; Hopkins is hardly in this, and beyond the initial scene (which is EASILY the best of the film) does little more than make glib remarks and pop psychological analyses in a silly accent. Otherwise it's wall-to-wall cliches and uninteresting characters in situations that you've seen a million times before. On the whole, it's …

No posts have been made on this movie yet. Be the first to start talking about Red Dragon!