Man on the Moon Movie Information 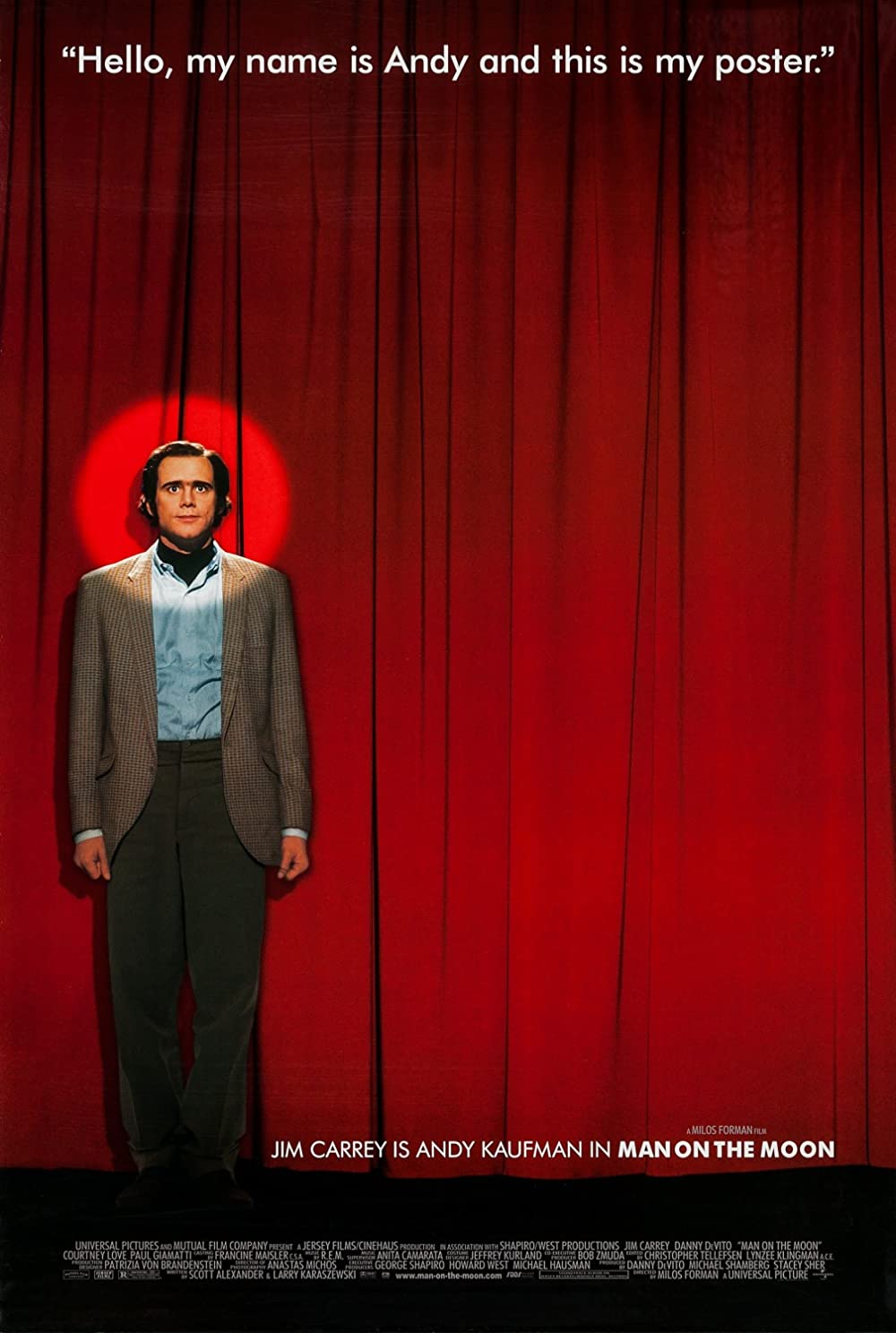 Plot: The life and times of comedian Andy Kaufman.

Jim Carrey captures Andy Kaufman so perfectly he outshines everything else in the movie, even its flaws.

Andy Kaufman: "Here I come to save the day". This movie was just brilliant, Jim Carry was so good in this movie playing Andy Kaufman that he should have been nominated for a Oscar.

I am really too young to know Andy Kaufman. I have heard stories from my dad and will now read up on him a bit after seeing this. I was totally enthralled in the movie. Jim Carrey gives us, perhaps his best performance ever. I think he drew the line perfectly to where the mystery between crazy and genius is so diluted that they become the same thing. This is a must-watch for most and a must-watch for people who were around for Kaufman

No posts have been made on this movie yet. Be the first to start talking about Man on the Moon!