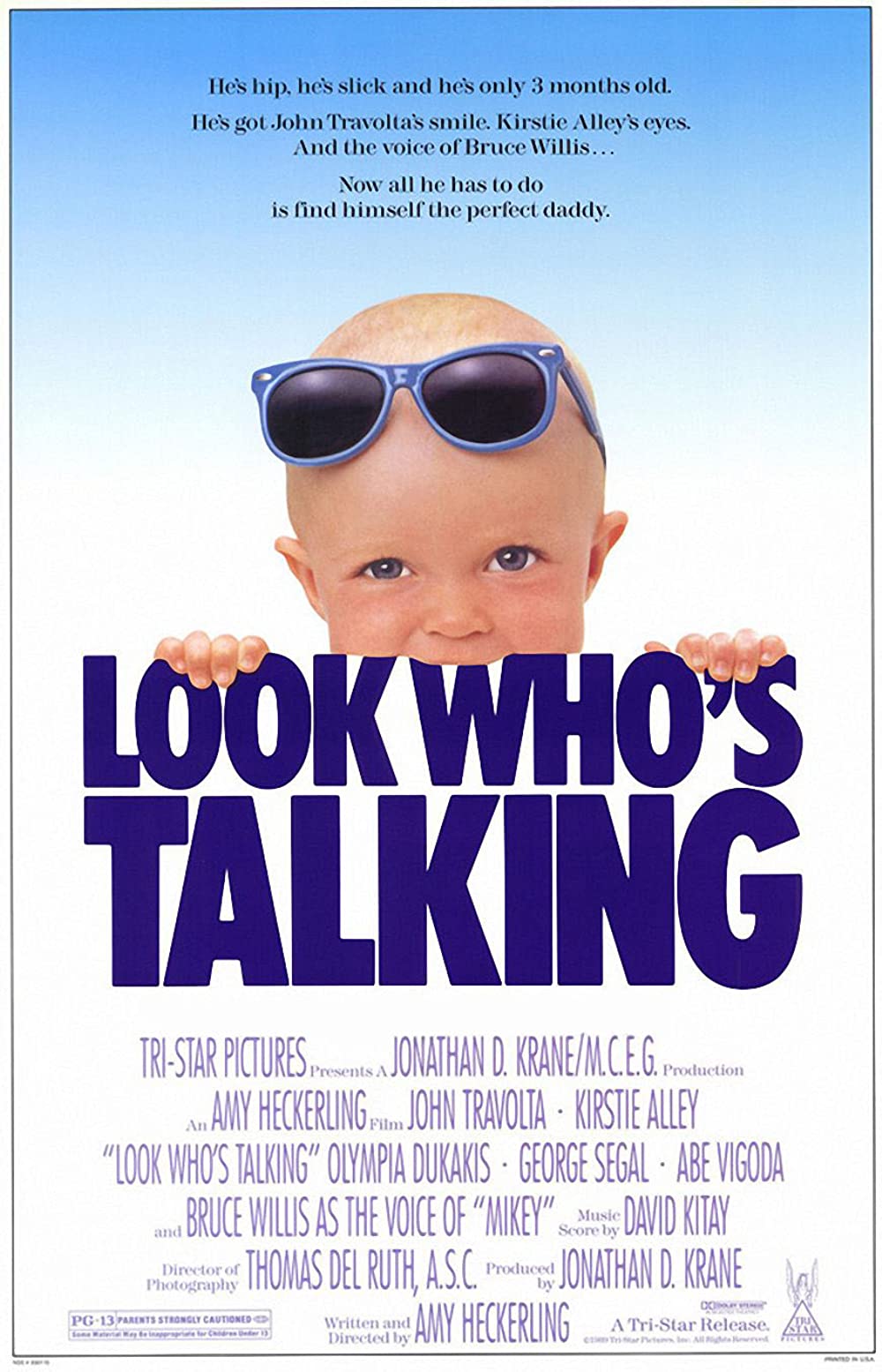 Plot: Follows the adventures of a newborn as his thoughts are narrated. -- sapien

I'm not one for talking babies, but this one was alright.

The adult drama stuff is sort of over-wrought and cheesy at times, but the winning part of this film is the naive and earnest narration by Bruce Willis as a baby. Yes, it's as hilarious as it sounds.

It's not bad as far as John Travolta goes. But, it's still not all that great.

No posts have been made on this movie yet. Be the first to start talking about Look Who's Talking!