It's a Wonderful Life Movie Information 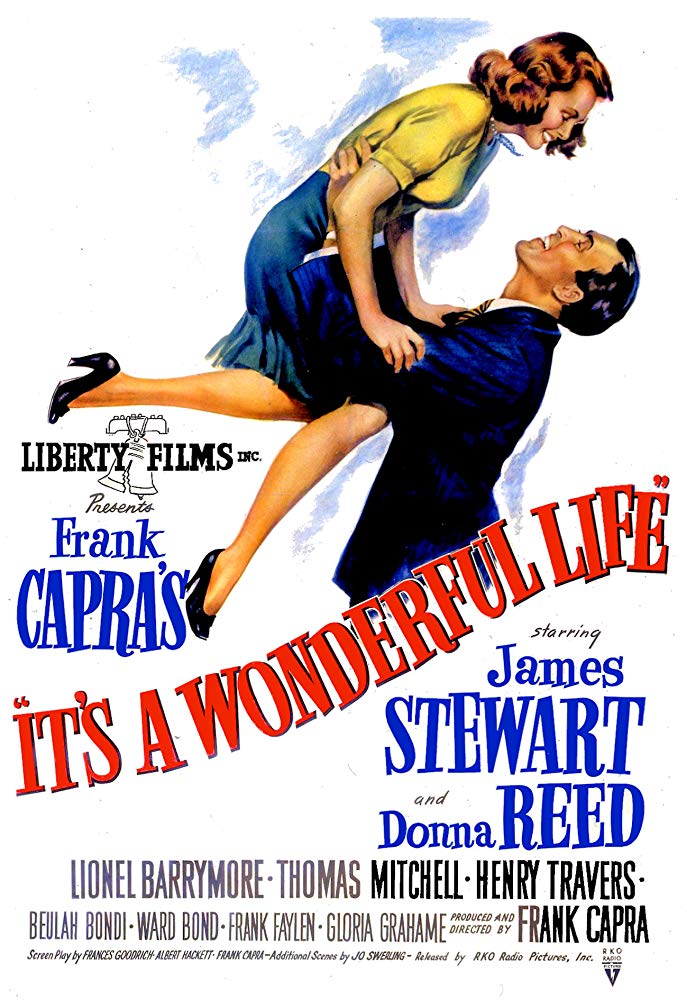 Plot: A down and out man is shown the light by an Angel who treats him to life on earth without himself.

The feel-good sentiments tug a little too hard at the heartstrings, but Frank Capra's holiday classic is a warm celebration of American ideals.

Took me three years to watch this, but each time I fail to get around to it. Now I finally do and feel like I want to cry for hours. A film that's so depressing and yet jolly. Showing how everyone is relevant in the darkness of times. Also, James Stewart is one handsome son of a bitch. Merry Christmas everyone!

I love this movie and I watch it every year on Christmas Eve. It just makes all the little seemingly insignificant details of life seem so much more important when you step back and realize all that a person has- or doesn't have. It's one of those stories that has been told a thousand times but this one is a classic.

It's a Wonderful Life

A "second class" angel who has waited 200 years for gaining his wings tries to help a desperate, suicidal businessman by showing him what life would have been if he had never existed.

I would really like to begin this review by saying that It's a Wonderful Life is a wonderful classic. Although I'm not a particular fan of Frank Capra, this is definitely his most heartwarming, inspirational and touching film.

The film received 5 Academy Award nominations for Best Actor in a Leading Role, Best Film Editing, Best Sound, Best Director and Best Picture. This film not winning any single Academy Award is beyond me. Although The Best Years of Our Lives (1946) was definitely strong competition, it wasn't as great and heartwarming as this film was. In fact, The Big Sleep (1946) was a superior …

"It's A Wonderful Life" by Yojimbo

Small town boy George Bailey dreams of making it big and travelling the world but finds himself trapped by a sense of duty to family and community. In his darkest hour, his mind turns to suicide which leads to the appearance of his guardian angel Clarence who gives him the opportunity to see how the world would be if he had never been born. It's A Wonderful Life is the very definition of the word "classic". James Stewart gives an appropriately wonderful performance as George, someone so selfless and devoted to his fellow man that you can't help but love him. He's not some one-dimensional do-gooder however, and it is sometimes easy to forget about the dark edge to the story; after all George often feels as if he's being held in Bedford Falls against his will. It's still typical Capra, in …

No posts have been made on this movie yet. Be the first to start talking about It's a Wonderful Life!