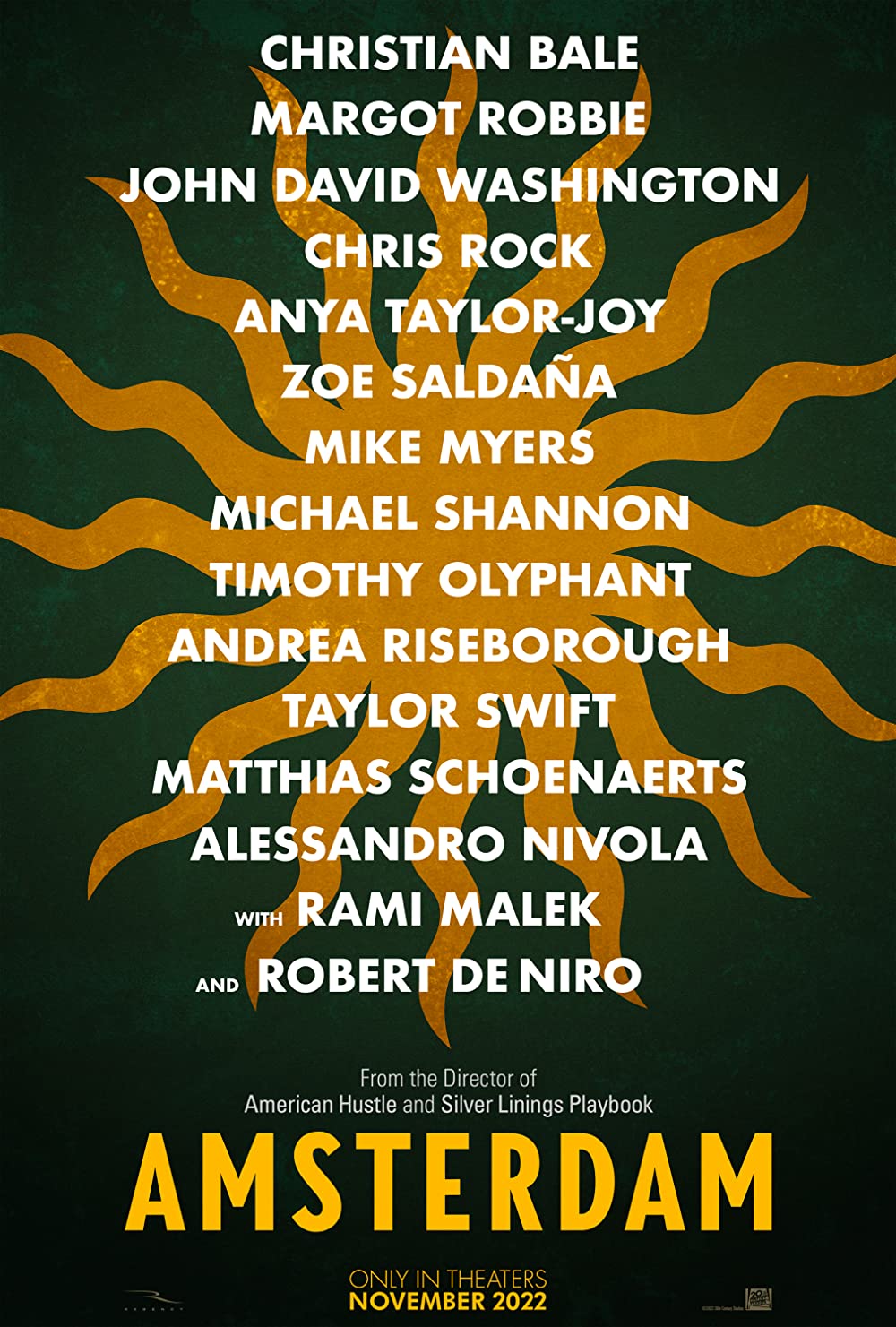 Plot: In the 1930s, three friends, a doctor, nurse and attorney witness a murder, become the prime suspects and unwittingly uncover an a most insidious and insane American plot. -- Chris Kavan

The phrase &quot;too much of a good thing&quot; has never been more aptly applied than David O. Russell's Amsterdam - which is stuffed to the gills with talent but most of which is squandered in parts that are much too brief. Even though Christian Bale and Margot Robbie seem to be on board - most of the rest of this all-star cast is wasted and the story can't decide if it wants to be serious or not.

Itâs incredible how many great actors you can shoehorn into your movie and get the worst performance out of everyone; Christian Bale, on the other hand, is the only good one here. John David Washington is so one-note here, as he has the same tone of voice and facial expression throughout. You can tell Robert De Niro is phoning it in regarding his line delivery and overall lack of interest. The whole movie feels like an overdose of âacting pillsâ. Itâs a plotting movie that thinks itâs clever and funny but ends up being a confusing and boring film.

While watching "Amsterdam," I couldn't shake the feeling that the real Business Plot conspiracy would have made for a more interesting movie than this dumbed down Wes Anderson imitation.

No posts have been made on this movie yet. Be the first to start talking about Amsterdam!