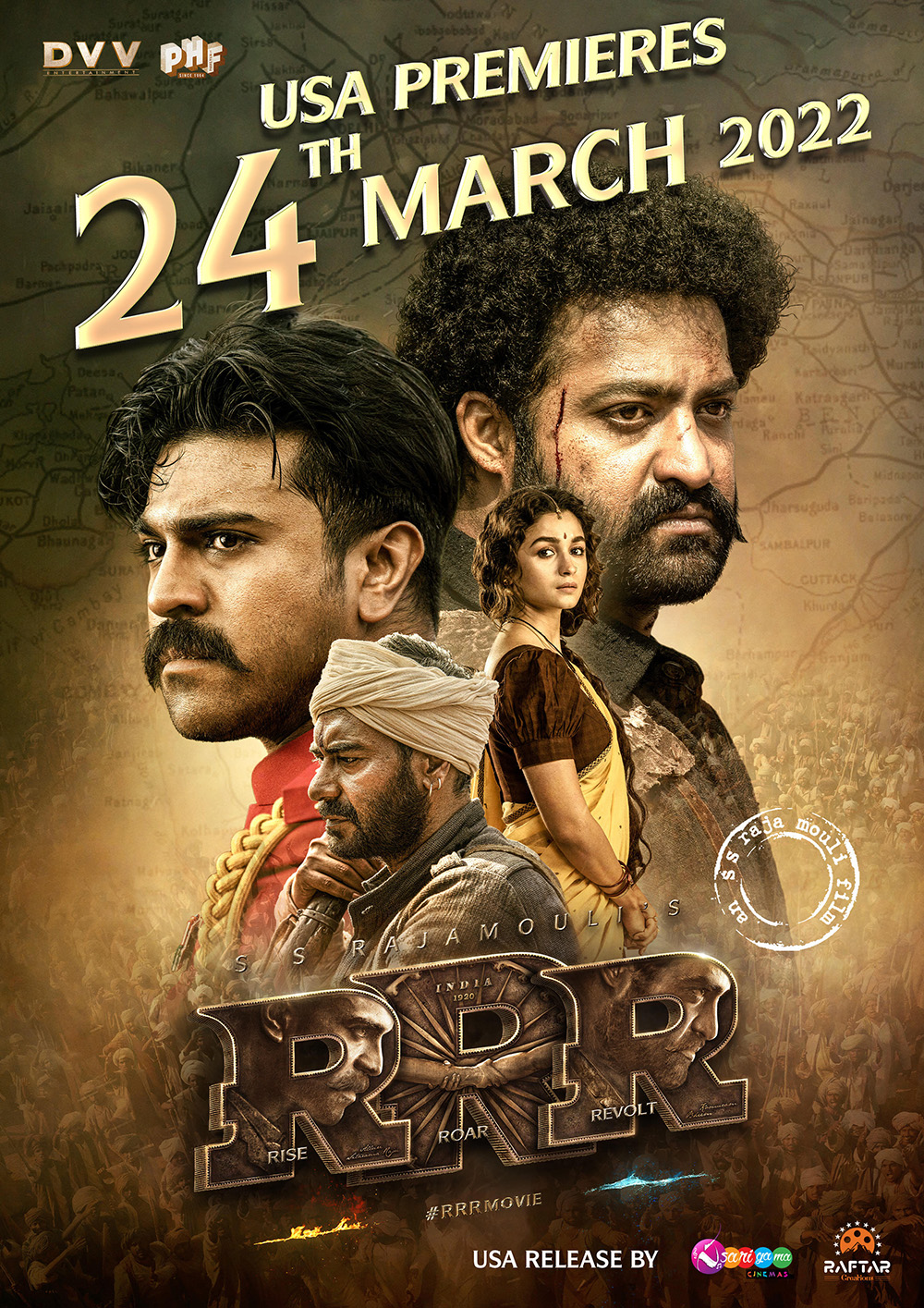 I usually hate overblown action movies (see: every superhero movie made in the last 20 years), but I love RRR. The action sequences are kept to a minimum, but they're spectacular. Unlike American action movies, these action sequences don't comprise a million blink-and-you'll-miss-them shots. Instead, many of the shots are long and often even slowed down so viewers can actually follow the action and appreciate the audacious choreography. But this film is much more than its action sequences. There's actually a plot and character development between the action. This movie has it all: bromance, romance, thrills, laughs, singing and dancing, and more. It's gloriously over the top, and the best movie I've seen in quite a while.

Overblown yet riotously entertaining action romp courtesy of Indian director S.S. Rajamouli. Its two Bollywood leads are very cool as they effortlessly use their martial arts skills to take out dastardly Brits or punch a tiger with a flaming torch. The set-pieces are grandly absurd but showcase Rajamouli's eye for big budget spectacle. It does clock at a mammoth three hours but the friendship between the two protagonists keeps things watchable when there's no fights going on. Special mention to Ray Stevenson and Alison Doody hamming it up as the villains.

No posts have been made on this movie yet. Be the first to start talking about RRR (Rise Roar Revolt)!