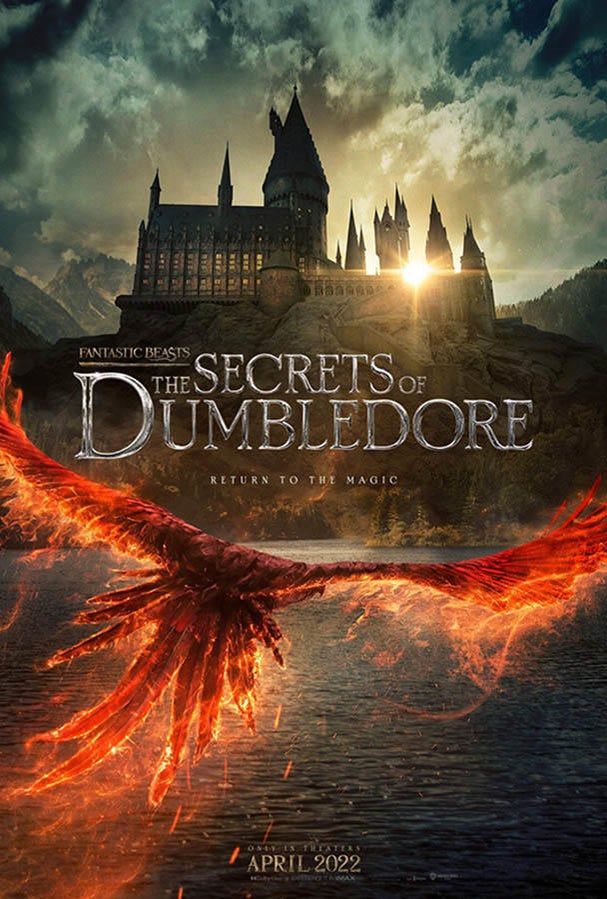 Plot: Even as Gellert Grindelwald gathers more power - and evil allies - Albus Dumbledore is reluctant to get directly involved and instead sends his most trusted team, led by magizoologist Newt Scamander on an important, and dangerous, mission. Yet it won't be long before Dumbledore will have to step out of the shadows and make a decisive move lest Grindelwald, and his growing legions, become unstoppable. -- Chris Kavan

This was so incomprehensibly, unconscionably BORING. There is little other valid criticism I can throw at this milquetoast fanservice 5km an hour rollercoaster of dull boring dullness. The very existence of these Fantastic Beats films is a joke and even those that laugh ironically at it are losers. The very fact I am reviewing it now is a failure of my character.

Man, they killed so many magical Bambis in this movie. While not as depressing and miserable as the last movie, the magic of these movies are quickly fading. These movies need a brand new director with a fresh vision. Jude Law and Mads Mikkelsen were good together, so at least there's that.

Fantastic Beasts has always felt like it is franchise in search of a meaning. Capitalizing on the worldwide phenomenon that was Harry Potter was always going to be like trying to catch lightning in a bottle twice and while the series hasn't been without some merit, it has also always felt superficial and unneeded. The first film is by and far the best, the sequel was a muddled mess and this third entry, while better than the second, is still far from being magical.

Our opening introduces us the new version of Gellert Grindelwald with Mads Mikkelsen taking over for Johnny Depp (one of the many problems Fantastic Beasts has had to deal with) and meeting up with old friend - nay lover - Albus Dumbledore (Jude Law). Because of an blood pact, the two cannot directly fight each other (nor …

No posts have been made on this movie yet. Be the first to start talking about Fantastic Beasts: The Secrets of Dumbledore!