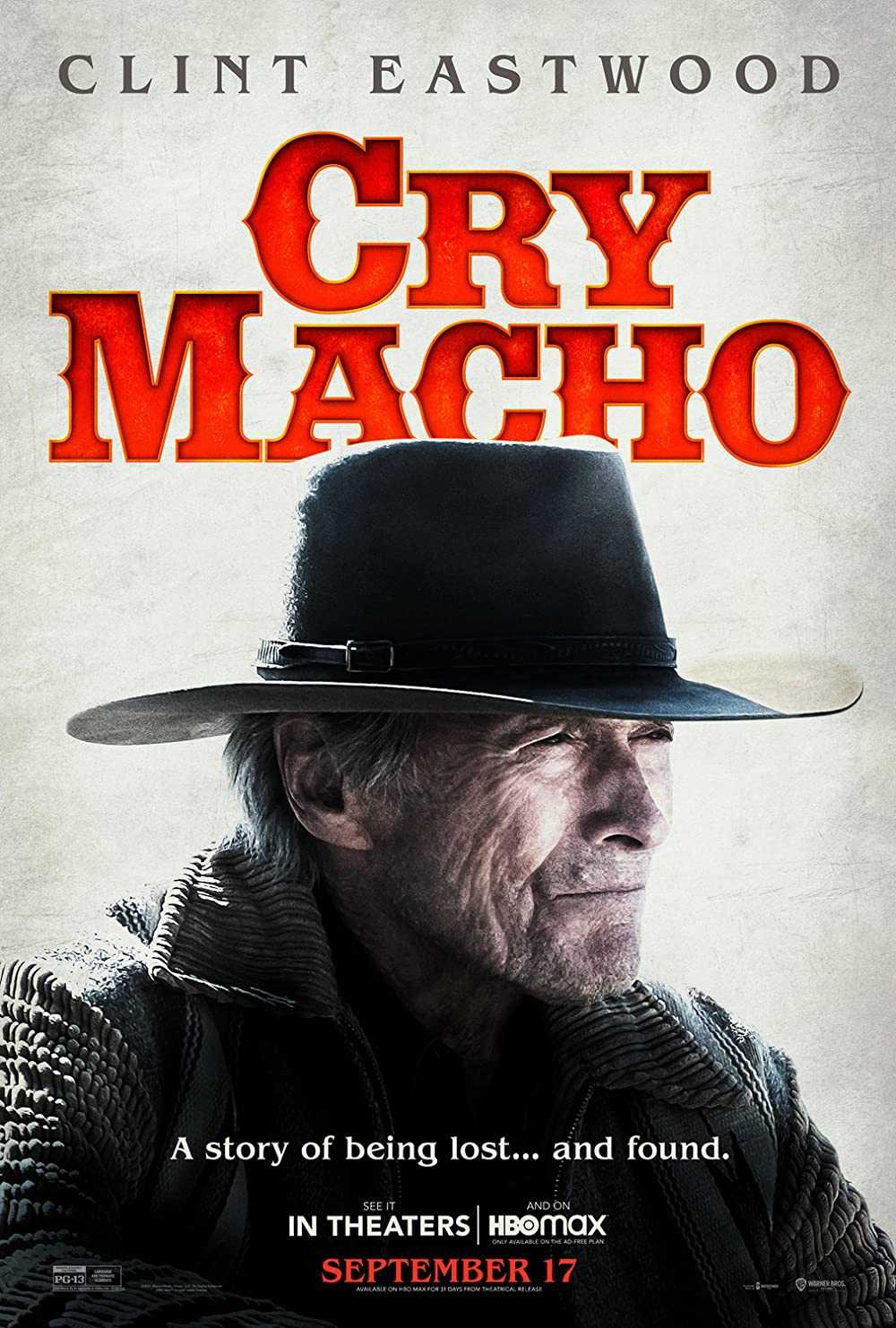 Plot: Miko, a one-time rodeo star and washed-up horse breeder takes a job from his former boss to bring back his son currently being held by his alcoholic mother, From rural Mexico to Texas, the pair finds themselves on a challenging journey - one in which the world-weary Miko may find redemption as he tries to teach the boy how to be a good man. -- Chris Kavan

This feels like the closest weâve got to a family movie from Clint Eastwood. The story is a coming-of-age buddy movie that is pretty inoffensive. Clint Eastwood is not bad per se but itâs not a memorable performance.

I can't find a single thing in "Cry Macho" worth mentioning. The story is dull, the characters are flat, and the entire film moves without purpose or direction. The title says "Macho," but this human condition drama is one of the weakest entries in Eastwood's extensive filmography.

âThis macho thing is overrated. Just people trying to show that they've got grit. That's about all they end up with. It's like anything else in life: you think you got all the answers, then you realize, as you get older, you don't have any of them.â

Clint Eastwood, man what a legend. My respect for this man hasnât faded.

Whatâs even more impressive is that at the age of 91 heâs still acting and making movies, which is really inspiring.

Also, the fact that 90-year-old Eastwood starred/directed a movie during the global pandemic, where he was the most vulnerable, itâs kind of mind blowing and it's something that I can't get pass.

Now for the movie itself, itâs an uneven road trip movie thatâs more aimed for an older demographic. I donât know how to describe …

No posts have been made on this movie yet. Be the first to start talking about Cry Macho!