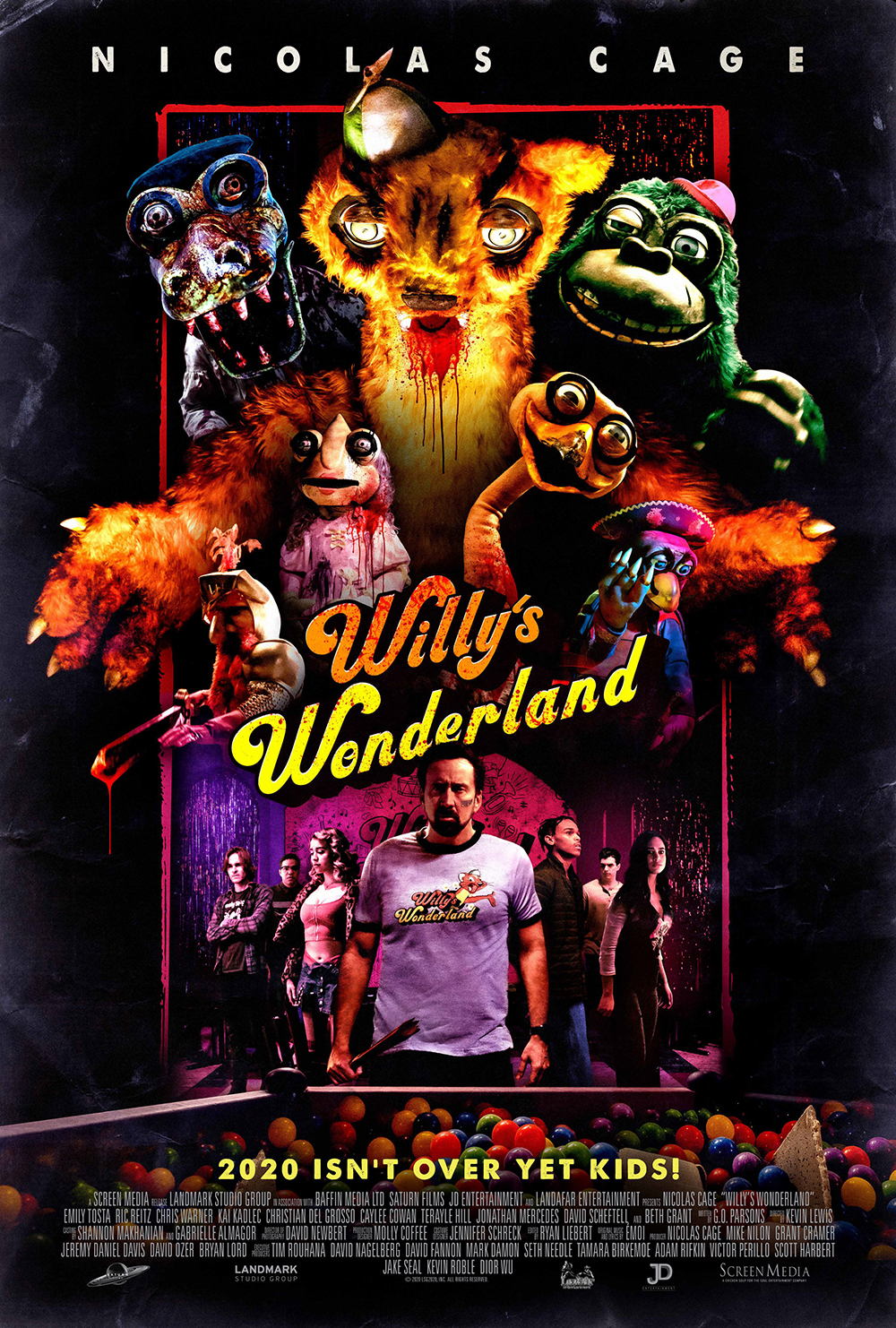 A Five Nights at Freddy's homage, gory and fun to watch with a group. Nicolas Cage manages to say not a word and still have a presence. Representing the gamer character taking on each boss as the silent protagonist stuck with npc's who just can't quite get over his goal of finishing the whole night instead of getting out and saving himself. Everything was a spot on til the sex scene between two of the 'teen' stereotype characters. While the sex scene is a horror trope, it isn't a Fnaf trope and felt way, waaay too long and forced before we could get back to the beatdowns. Spent the whole move eating popcorn, laughing and cracking dumb jokes with friends.

No posts have been made on this movie yet. Be the first to start talking about Willy's Wonderland!