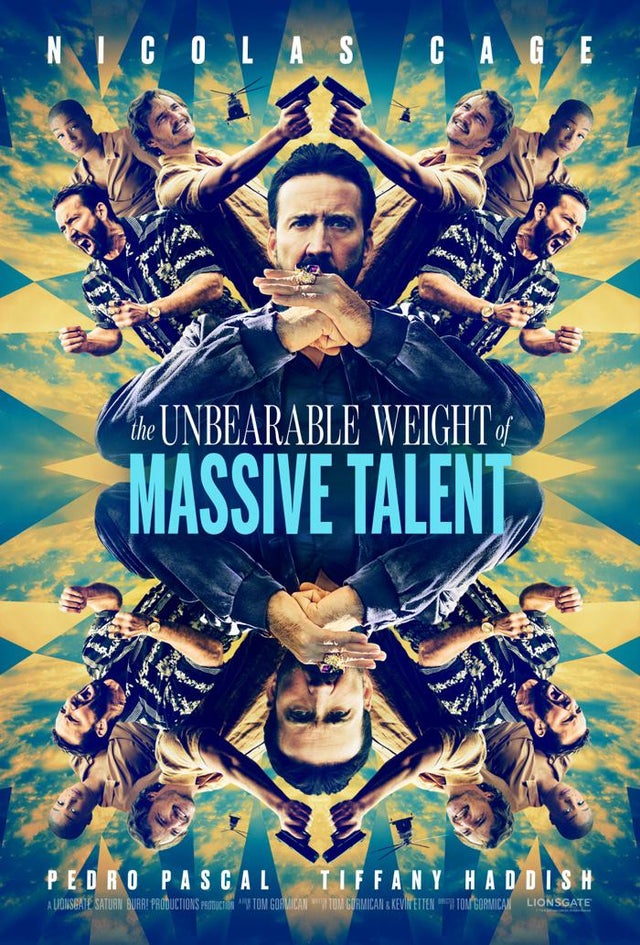 Plot: Nicolas Cage IS Nicolas Cage as the cash-strapped actor decides to make a paid appearance at a billionaire's party... but is really just a cover for deep-ops CIA mission to infiltrate a dangerous drug kingpin's operation. -- Chris Kavan

Nicolas Cage is funny playing a riff on himself and his weird persona. Pedro Pascal is a good contrast in this buddy action comedy. While the film is light and goofy, I will admit it's not quite as funny as I was expecting. But I can see some brand-new memes about Nicolas Cage emerging from this movie.

An entertaining and inspired meta action-comedy that gets better mileage the bigger a Nick Cage fanatic you are.

It feels like someone made the decision at the 11th hour to tone down the ridiculousness of the script, perhaps even the shot material. Nothing soars like you think it will and every positive moment fizzles into nothingness.

No posts have been made on this movie yet. Be the first to start talking about The Unbearable Weight of Massive Talent!