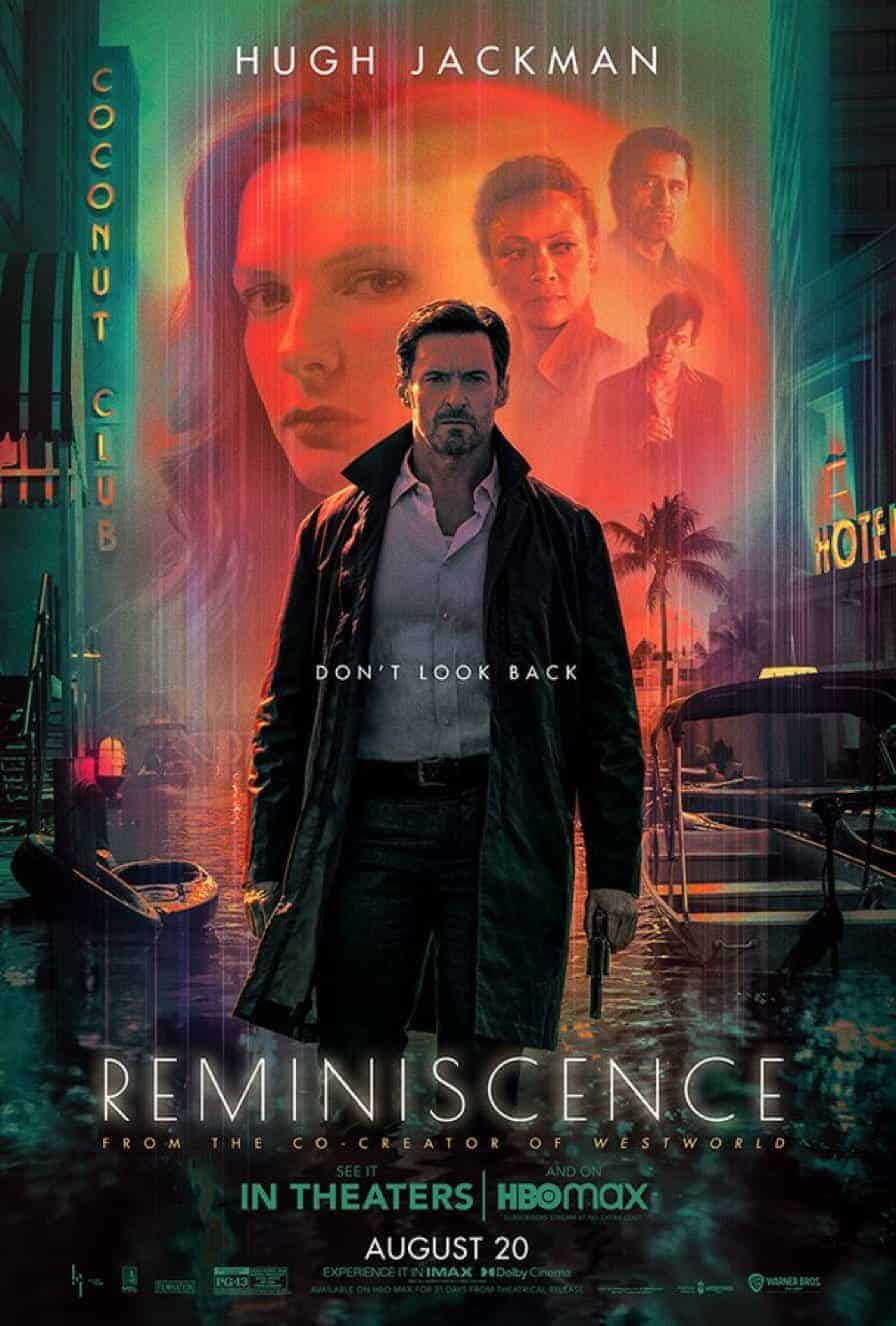 Plot: Nick Bannister is a PI of the mind - using science to to navigate the past memories of clients. But this darkly alluring world challenges him like never before when he takes on a new client, Mae, and a lost and found case descends into conspiracy and holding on to an elusive lost love. -- Chris Kavan

"Reminiscence" is an "Inception" and "Dark City" wannabe. None of its ideas are very fresh, the overblown action scenes feel conspicuously out of place, and the superficial themes regarding climate crisis and societal unrest overshadow the characters.

Lisa Joy's directorial debut is a stylish sci-fi noir that is admirable in its ambition. But it's also heavy with exposition. But Hugh Jackman is committed to the weirdness of this near future that doesn't look bright.
So it's appropriate he plays a cynical private detective specializing in memories. Rebecca Ferguson and Thandie Newton are both good as two different women in his life, one a singer with a shady past and the other a loyal friend with conflicted feelings towards Jackman. It's definitely jarring to see this old-school gumshoe story in such a setting, but I honestly dug it better than expected.
The noir elements are fine. But I couldn't help but notice similar plot beats from an earlier dystopian mystery movie called STRANGE DAYS (1995). It's kind of striking how close …

Film Noir Lite with a Dash of Nolan

Reminiscence is film-noir wannabe - a detective tale set through memories - and despite a solid cast, can't quite find its rhythm and ultimately feels too hollow both in terms of story and characters.

Director Lisa Joy is best known for her work on Westworld and seems have brought some familiar faces along as both Thandiwe Newton and Angela Sarafyan have roles. She also tries to bring that Westworld feel to the film, though the translation doesn't quite works as well in this shorter format.

Our story, as it is, takes place in a future where the waters have risen and the heat is on. This means people sleep all day and get things done at night - and also get everywhere via boat for the most part. And memory has become a hot commodity for Nick Bannister (Hugh Jackman) and his partner, …

A blast with only one complaint

No posts have been made on this movie yet. Be the first to start talking about Reminiscence!