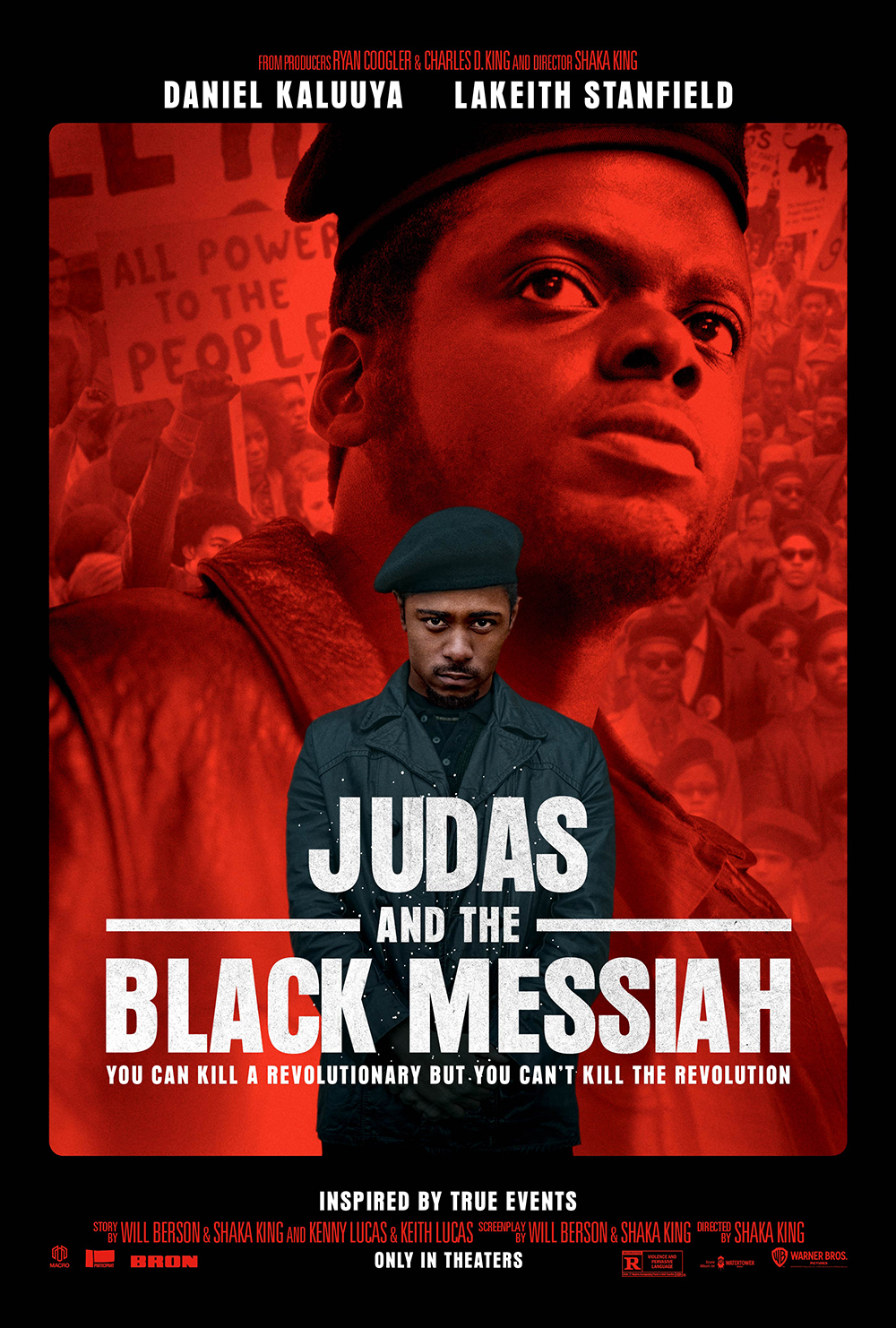 Plot: As the Black Panther movement spread across the United States, J. Edgar Hoover seeing a threat bigger than Communism seeks a scapegoat and finds it in Fred Hampton, leader of the Chicago chapter. Bill O'Neal, seeking to avoid jail for impersonating an FBI agent, is recruited to go undercover - quickly rising to head of security and reporting on his findings. But soon it becomes apparent jail is not good enough to stop Hampton and O'Neal will have to decide how far he is willing to go to appease the FBI. -- Chris Kavan

Itâs an important if tragic part of the history of the civil rights movement, but I didnât like it as much as I wanted to. Kind of dull in long stretches. Best moments are whenever Stanfieldâs character is put on the spot under threat of physical harm. The acting is perfectly fine. I thought LaKeith Stanfield was better than Daniel Kaluuya though.

Shaka King brings this astounding true story to a boil, then never turns down the heat. Daniel Kaluuya gives a phenomenal performance as Fred Hampton, as does LaKeith Stanfield in the role of his undercover Judas.

Trust Is a Two-Way Street... That Dead Ends

Loyalty, trust, betrayal - all three play a major part in Judas and the Black Messiah and it goes all the way up the chain. Fred Hampton, played with both power and vulnerability by Daniel Kaluuya, is a rising star in the Black Panther movement, turning the Chicago chapter into one of the leading faces of the movement. To FBI director J. Edgar Hoover (a heavily transformed Martin Sheen), the Black Panther movement, with such socialist ideas like free education and health care, represents a bigger threat than communism. In order to bring down the new messiah, he needs a Judas - enter Bill O'Neal.

LaKeith Stanfield plays the turncoat - a young man who is picked up for impersonating an FBI agent so he can boost cars. Real FBI agent Roy Mitchell (a calm yet stone-cold Jesse Plemons) sees …

Out of all the âCivil Rights Movementâ movies Iâve seen over the years, I honestly believe that this might be the best one. Without falling into any traditional biopics tropes that could easily dramatize its history. It instead focuses on a story about fear, violence, betrayal, and loyalty. It is heavily empathise from different perspectives; itâs the reason why it was more effective.

In the movie, whenever someone gets shot, beaten, or just hurt, you feel it. The sound work, directing, and the performers manage to make it believable. Very brutal and realistic. However, what surprised me the most is how suspenseful the movie was at times, with the payoff either being soul crushing or shocking.

All thanks to Shaka Kingâs directing and Sean Bobbittâs …

No posts have been made on this movie yet. Be the first to start talking about Judas and the Black Messiah!