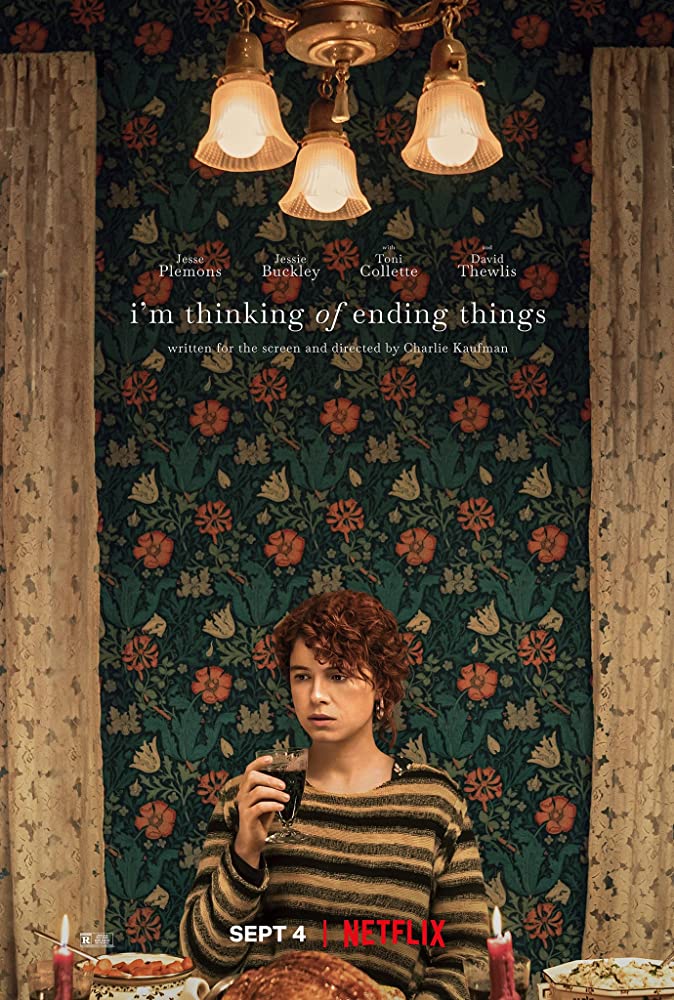 This esoteric rulebreaker is set to such a high level of opacity that it becomes impossible to analyze or discuss. Charlie Kaufman's latest was exactly what I expected, but left me feeling disengaged and lost. Careful what you wish for, I guess.

Some people don't want to have to do any work when they watch a movie, and others are excited by movies that make them work. I'm in the second group. From the moment my brain first said "What the **** is going on?", I was hooked. This movie is both utterly depressing and utterly exciting at the same time. Watching it, I often felt like I was losing my mind, but I loved it for that very reason. There are so many "psychological thrillers" that fail because they are just being "psychological" for the sake of being "psychological." But it was clear to me that this movie had a purpose. So don't give up. And if you get to the end and still don't understand, watch the first five minutes again. Or watch the entire movie again. And again. There's nothing wrong with movies that you have to watch …

Where do I even begin with this movie? Even if I did attempt to explain, it still would not be fulfilling. I don't have words to describe how incredibly touched I was on my first watch. I knew immediately after the first watch that I needed to watch it again. To quote film critic Roger Ebert in his âSynecdoche, New Yorkâ review, âI watched it the first time and knew it was a great film and that I had not mastered it.â I am going to start with a traditional structured review like my other ones but depart half-way through with a spoiler review by stating my interpretation for a couple of scenes. This one is going to be different because my head is like a hurricane of thoughts, and I would usually get âbrain freezeâ whenever I try to explain …

No posts have been made on this movie yet. Be the first to start talking about I'm Thinking of Ending Things!