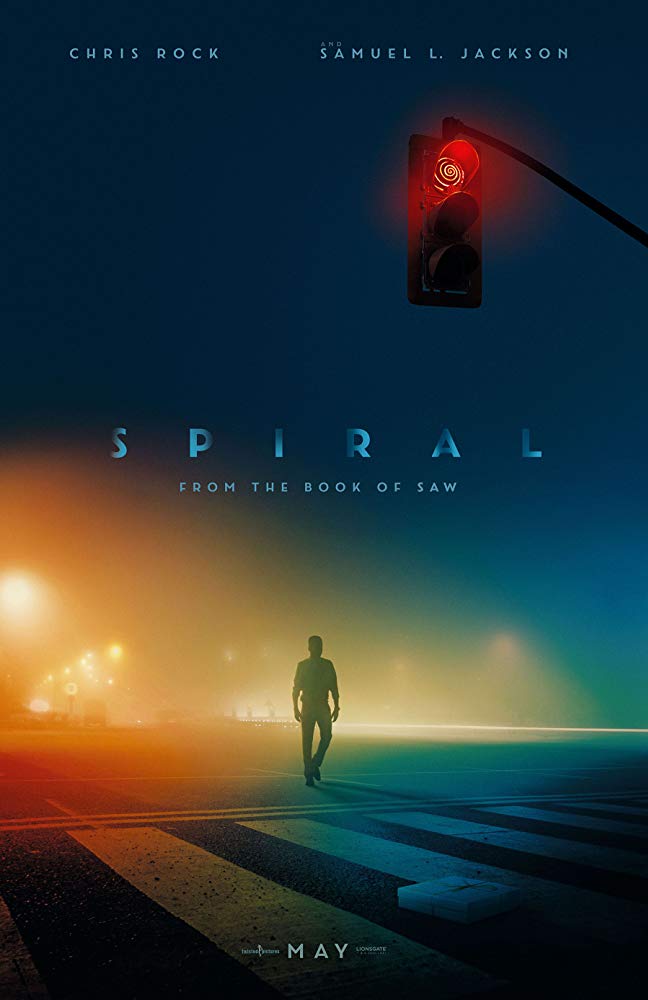 Plot: Detective Zeke Banks along with rookie partner William Schenk find themselves on the trail of a devious criminal and the more they investigate, they more they realize the crimes are influenced by a dark evil from the past and the games are about to begin again. -- Chris Kavan

Although a better "Saw" film than detective thriller, "Spiral" contains both enough gore and enough character and story to add some much needed freshness to a mostly dead in the water franchise.

Chris Rock some time ago, presumably: "Okay guys, so my idea is to do a Saw movie that is structurally identical to all the previous Saw movies, but without Jigsaw or that puppet thing. It'll also be about police brutality and I'll be the star for some reason."

Fun fact: This is the longest episode of 'The Chris Rock Show' ever.

I appreciate Chris Rock for trying to breathe new life in this dead franchise while also bringing something topical into the mix. They tried at least.

Not the best in the series, but not the worst either. Although I thought some of the Saw traps were really lackluster this time around. Bland and nothing special. Chris Rock and Samuel L. Jackson were fine, but I couldn't shake of the feeling this was the longest comedy sketch that kept building its punchline.

And why is it called 'From the Book of Saw'? Where's the box filled with saws in it!?

Also, it's weird how the movie 'Forrest Gump' exist in the Saw world, because Chris Rock's character makes a joke about it early in the movie. So Tom …

No posts have been made on this movie yet. Be the first to start talking about Spiral!