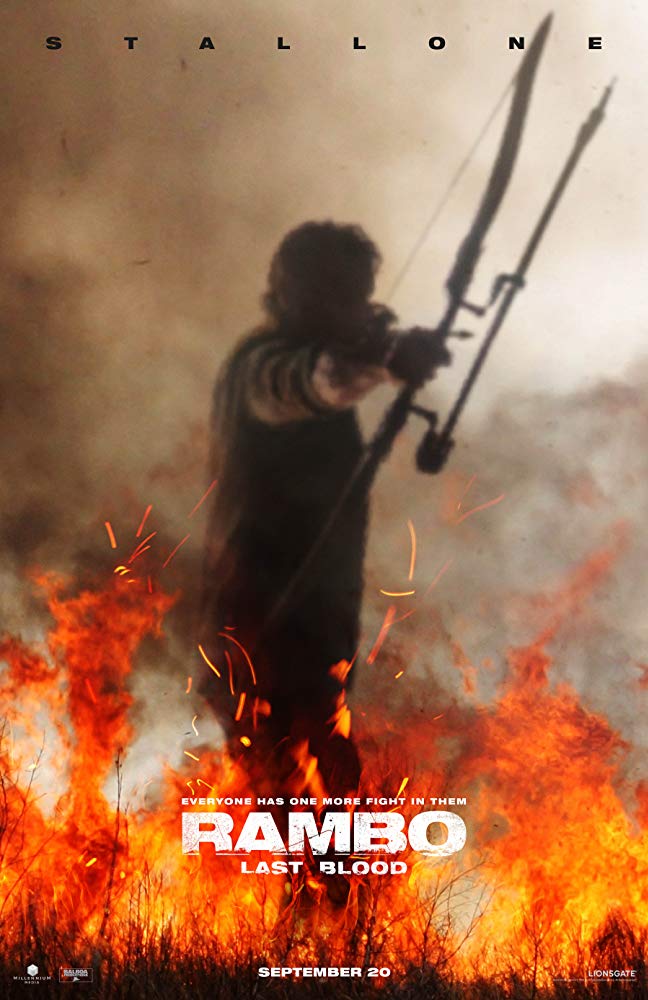 Plot: It has been four decades since John Rambo drew First Blood - now he has to dust off his skills once again, for one final mission, in the action-packed finale to the Rambo series. -- Chris Kavan

Sylvester Stallone is no stranger to revitalizing both action heroes (as with The Expendables) and classic characters he has portrayed on the big screen (as with Creed). You would think combining the two would mean a new Rambo - perhaps the last Rambo - would equal a home run. But in a bid to make Rambo relevant one last time, the Vietnam vet who has survived so many adventures is turned into a generic revenge thriller that, while having a pertinent story, fails to capture the essence of Rambo.

John Rambo (Stallone) has finally seemed to have settled down, becoming a surrogate father to Gabrielle (Yvette Monreal) on his late father's ranch with his close friend Maria Beltran (Adriana Barraza), Gabrielle's grandmother. Suffering from PTSD, we see he has an intricate set of tunnels …

"I've lived in a world of death. I've watched people I've loved die. Some fast with a bullet, some not enough left to bury."

'Last Blood' feels incredibly uneven with it being the "finale". I put that in quote as Stallone has said he's open to continue playing the character if the movie is successful.

However, the overall conclusion was lacking in my opinion.

Despite what critics have said, this is nowhere near as gory as Rambo 4, but not to say this movie isn't brutal, because it's an absolute beast towards the end. So it's not on the level of 'Texas Chainsaw', but it's no 'Logan', which this movie was clearly influenced by.

This movie is dark, like really dark - out of the entire franchise. Stallone truly shines whenever his animal instincts kicks in. Rambo is the most …

No posts have been made on this movie yet. Be the first to start talking about Rambo: Last Blood!