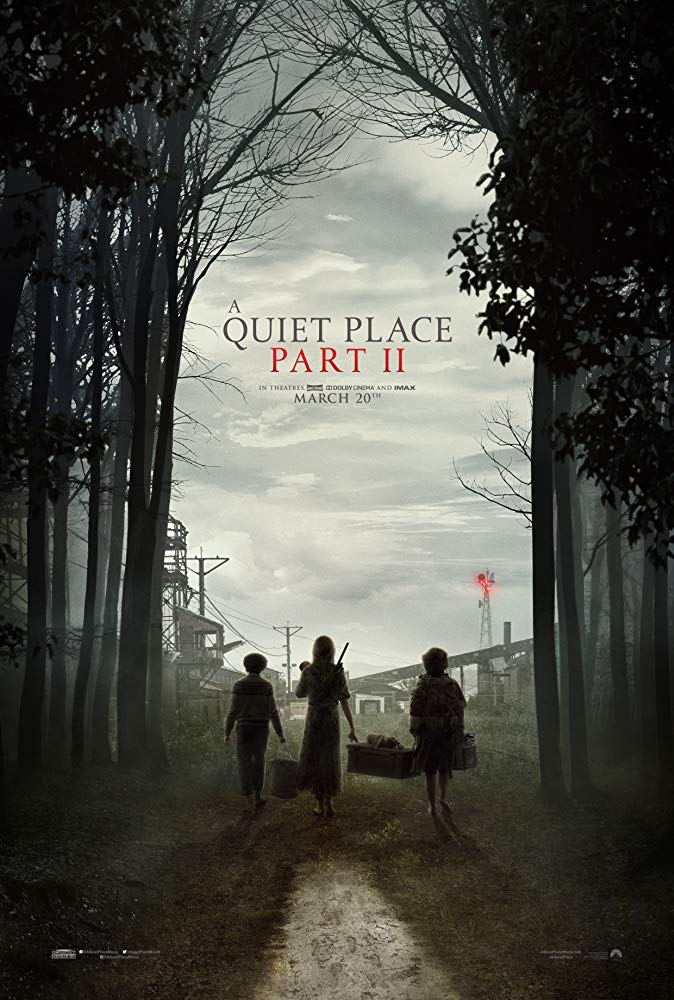 Plot: The Abbott family is forced to leave their farmhouse road behind and venture out into the open world. They soon realize the dangers they face go well beyond the deadly creatures who hunt by sound. -- Chris Kavan

A thrilling and superior followup to the original hit. The opening ten minutes are incredibly staged. The remainder of the movie is tense, exciting, and heart-pumping stuff. Emily Blunt, Cillian Murphy, and Millicent Simmonds are all great.

"Part II" doesn't have quite as rich or tight of a story as the first "A Quiet Place," but it's still a suspenseful follow-up with loads of action and scenes guaranteed to make you hold your breathe while clenching your whole body in silence.

The Kids Are All Right in Superior Sequel

It's a rare sequel that manages to match the original - rarer still for it to outshine it but I think A Quiet Place II is that diamond in the rough, and it all comes down to Millicent Simmonds and Noah Jupe, who put on a master class and once again prove the future of Hollywood is in good hands.

The film starts off with a familiar face, though one you might not expect given the events of the first film,
John Krasinski (who also serves as director once again). We soon realize this is a flashback as DAY ONE flashes on screen and an idyllic summer day, complete with little league, is interrupted by the arrival of our alien/science experiment/ancient lifeform that doesn't hesitate to attack and take down the not-yet-quiet population.

After this thrilling beginning, we catch back up …

âA Quiet Place: Part IIâ is a solid follow up to the first movie, which is no easy task to do. Even though I did feel it was the exact same film as Part I, but this time with some new characters added to the cast. Although, in terms of character development, much stronger and expands on certain elements from the first movie.

But still, despite being called âA Quiet Placeâ it wasnât quite...well, quiet.

John Krasinski has shown great promise as a director from the first movie and with the sequel it goes to show it wasnât a fluke. Krasinski has the craftsmanship of building tension with the payoff being incredibly satisfying.

He also knows how to work with actors effectively and get the best performances out of everyone. The amazing Emily Blunt is once …

No posts have been made on this movie yet. Be the first to start talking about A Quiet Place Part II!