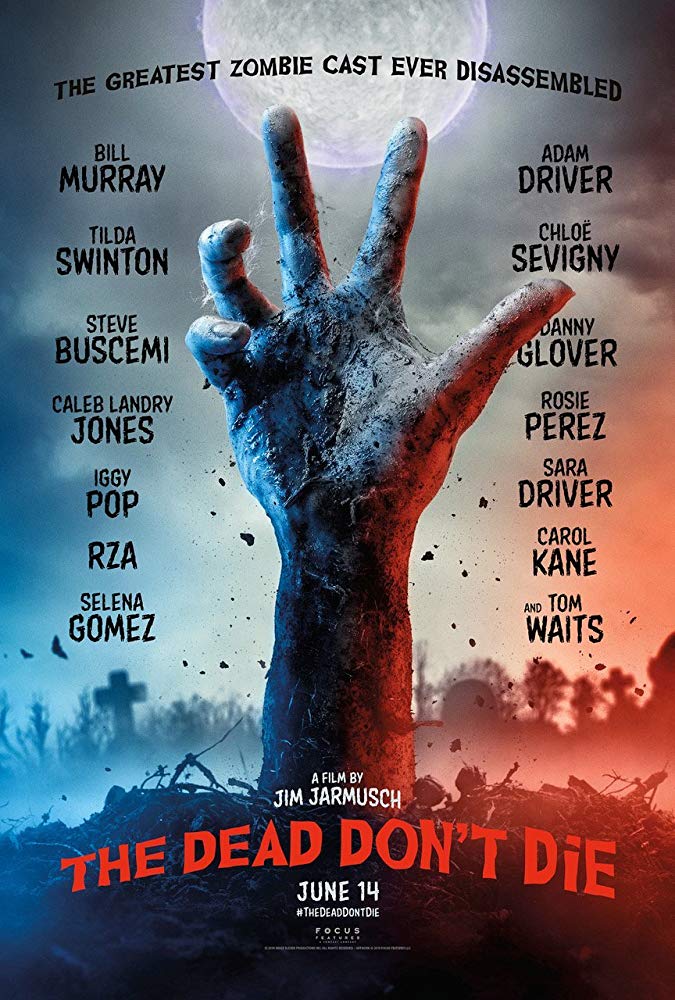 Plot: Centerville is the definition of normal, small-town America... that is until a likely zombie uprising occurs and a trio of local cops must figure out how to deal with it. -- Chris Kavan

A bit slow, a bit meandering and quite dry of humor, Jim Jarmusch's take on a zombie film is still certainly unique. While plot points come and go like zombie ashes, the knock-out cast is a hoot, including a fourth-wall breaking Adam Driver and the super-nerd played by Caleb Landry Jones. Plus, if you've ever wanted to see Tilda Swinton play a Scottish samurai funeral director alien - here's your chance! There's an attempt at commentary on subjects ranging from environmentalism to consumerism, along with a few sly nods to zombies films of past - but when the highlight of the film is Iggy Pop as a zombie and Selena Gomez getting decapitated, well, it's not exactly high art.

Jim Jarmusch presses his offbeat characterizations into this stagnant and late in the game zombie comedy's template, but "The Dead Don't Die" can't compete with the likes of "Warm Bodies," "Zombieland," and especially "Shaun of the Dead."

Not exactly horror but they used my kind of humor.

Life is full of surprises. First of all, the location where I saw this film. I thought it was a unique experience. I watched âThe dead donât dieâ outdoors in Ljubljana, the capital of Slovenia. And yes, this is something I donât do too often. To be honest itâs the second time that I watch a film under a starry sky. The first time, however, I guess the budget was a slight problem. The screen wasnât exactly resistant to the wind. The result was that in âRacer and the Jailbirdâ, Matthias Schoenaerts looked unwillingly comical every time the wind rose. In Ljubljana, however, in addition to the perfect location namely Ljubljanski Grad (The Castle of Ljubljana), they also provided professional equipment. In short, a perfect image and sound (even …

No posts have been made on this movie yet. Be the first to start talking about The Dead Don't Die!