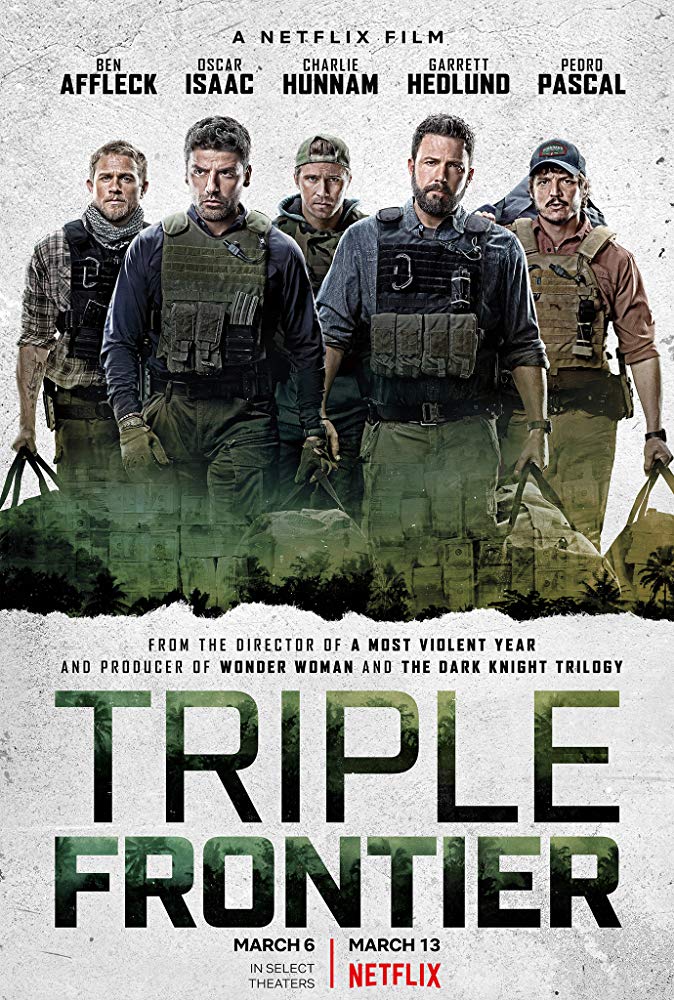 Save a few bursts of violence. TRIPLE FRONTIER is as more of a thriller than an action film. Think a modernization of Huston's TREASURE OF THE SIERRA MADRE than a retread of THE TOWN. The cast is all solid but few truly stand out.

A solid cast with a handful of suspenseful scenes that J.C. Chandor directed marvelously. Although the main message the movie presents isn't anything new or special as it thinks it is. The first half is a little bit generic and some music choices felt thrown in because someone really liked that song. It steps into gear when the heist happens, of course.

No posts have been made on this movie yet. Be the first to start talking about Triple Frontier!