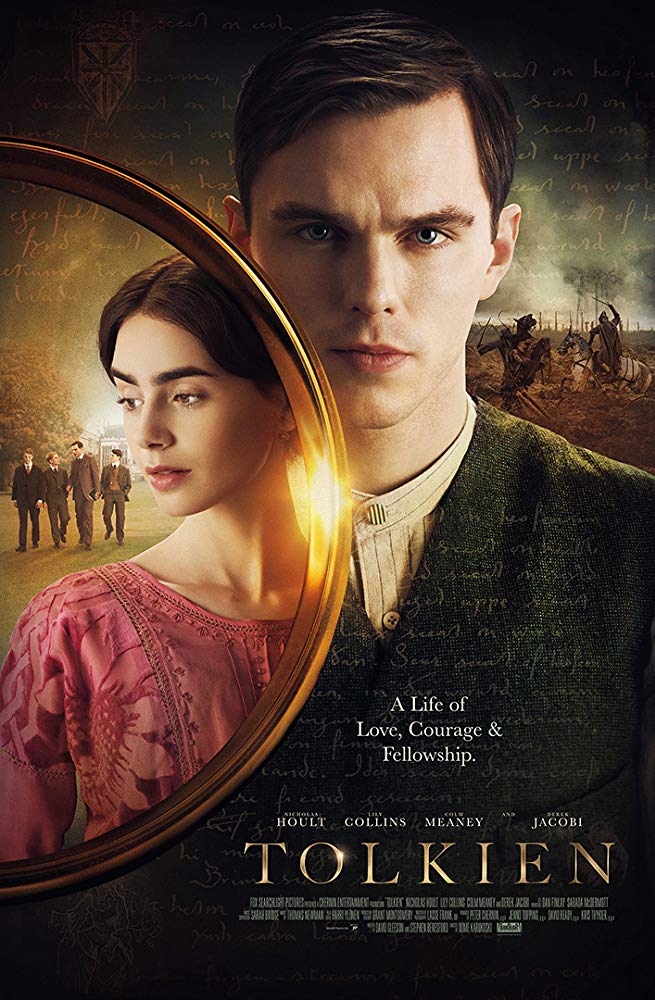 Plot: Explores the formative years of J.R.R. Tolkien, an orphaned author who finds kindred spirits in a group of outcasts at his school. During this friendship, WWI threatens to tear this fellowship apart - and serves as inspiration for what will become the fantasy masterpiece of his Middle-Earth saga. -- Chris Kavan

Nicholas Hoult and Lilly Collins try their best with a standard biographical treatment of famed author JRR Tolkien. If you saw the trailers and believed it was the Lord of the Rings crossed with World War One, the movie is as misleading as Sucker Punch. Hoult is alright I suppose. But Lilly Collins is actually quite good as his love interest and wife Edith Bratt. It's too bad the WW1 scenes receive only some attention as some of the best acting are in those moments. The friendship between Tolkien and his college associates does feel genuine at times.

Nicholas Hoult once again gets roped into a forgettable classic literature biopic (his last one being the 2017 J. D. Salinger picture "Rebel in the Rye"). "Tolkien" isn't nearly as magical as the books it details the inspiration of and leaves out details of the author's career that would actually make an interesting film, such as his unwavering Catholic faith, the role it played in shaping The Lord of the Rings' themes, and his longtime friendship with fellow fantasy writer C. S. Lewis.

No posts have been made on this movie yet. Be the first to start talking about Tolkien!