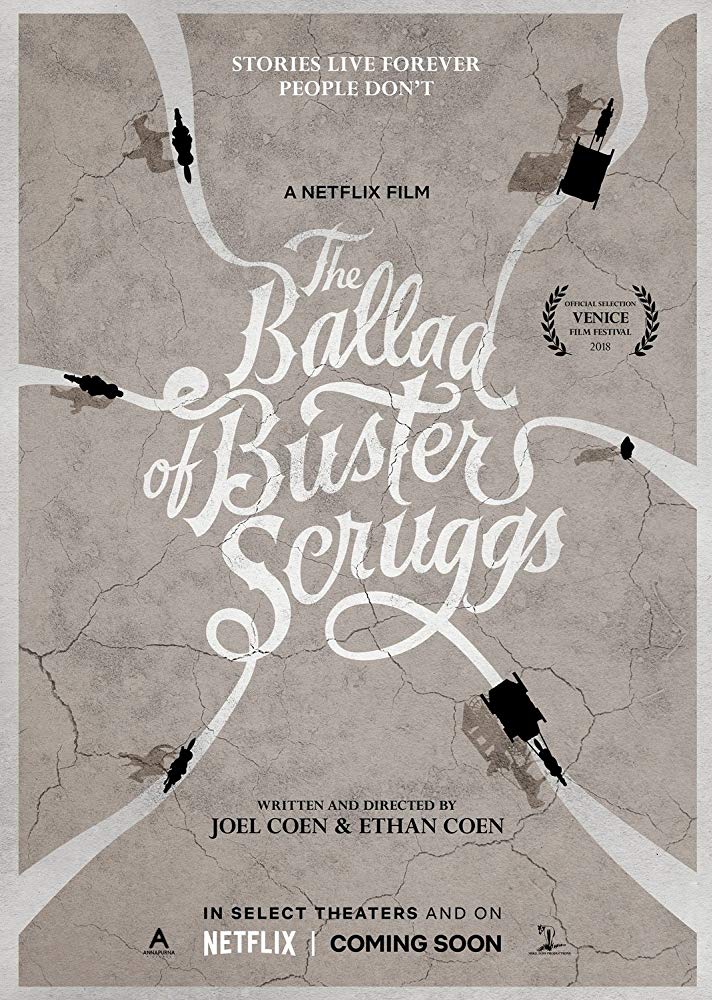 While none of its stories quite live up to the opening act, "The Ballad of Buster Scruggs" is a sharp delight of a western anthology.

No posts have been made on this movie yet. Be the first to start talking about The Ballad of Buster Scruggs!