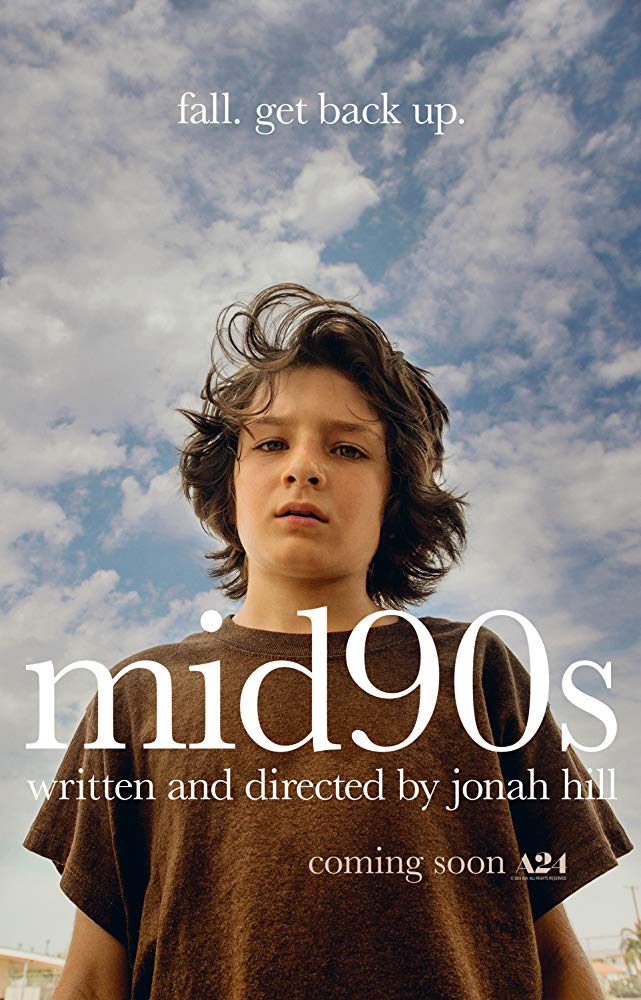 Plot: Stevie, a 13-year-old growing up in L.A. during the mid-90s, spends his summer trying to find his place - and seems to find it when he joins up with a group of skateboards where he soon learns valuable lessons about class, race, and privilege. -- Chris Kavan

An authentic, observational, and surprisingly endearing coming-of-age flick set during a time period when movies like it were quite the rage.

Awkward and flat. The former is good because there is no other way to portray a 13-year-old's life but awkward. I was already hooked in the beginning, I just didn't feel much of the rise, climax and resolution to be as active as the beginning of the film, that's why I felt it was kinda flat towards the end.

While not the most original take on the coming-of-age story and even Jonah Hill agrees, and yet what stopped it from being stale is it's presentation.

The performances and cinematography are the strongest element of the movie. Sunny Suljic was terrific as Stevie. He delivered a humble performance while also displaying a troubled side. Lucas Hedges was great and appropriately casted in the part, especially when he's given the opportunity to work with material that suites him.

However my issues stem from the lack of development from some characters for me to care for them. Not all of the scenes that were suppose to be emotional work for me, because I didn't …

Not Old or Wise, But Still So Much We Can Learn

I have to say that 2018 was a banner year for portraying the emotion and drama of teen life that truly had impact. On one hand, you have Eighth Grade that lets you look through the eyes of Kayla (Elsie Fisher) that shows us what modern-day teens have to deal with. On the other hand you have this film, in which Sunny Suljic gives an equally powerful performance and even though (as the title suggests) it takes place in the past, the lessons learned are just as important.

Suljic plays Stevie, a 13-year-old being raised in the L.A. area by a young, single mother (Katherine Waterston) who looks up to his older brother, Ian (Lucas Hedges) who spends the majority of the film either ignoring him or beating him up. You get a real nice picture of this family life during Ian's short birthday …

No posts have been made on this movie yet. Be the first to start talking about Mid90s!