Under the Silver Lake Movie Information 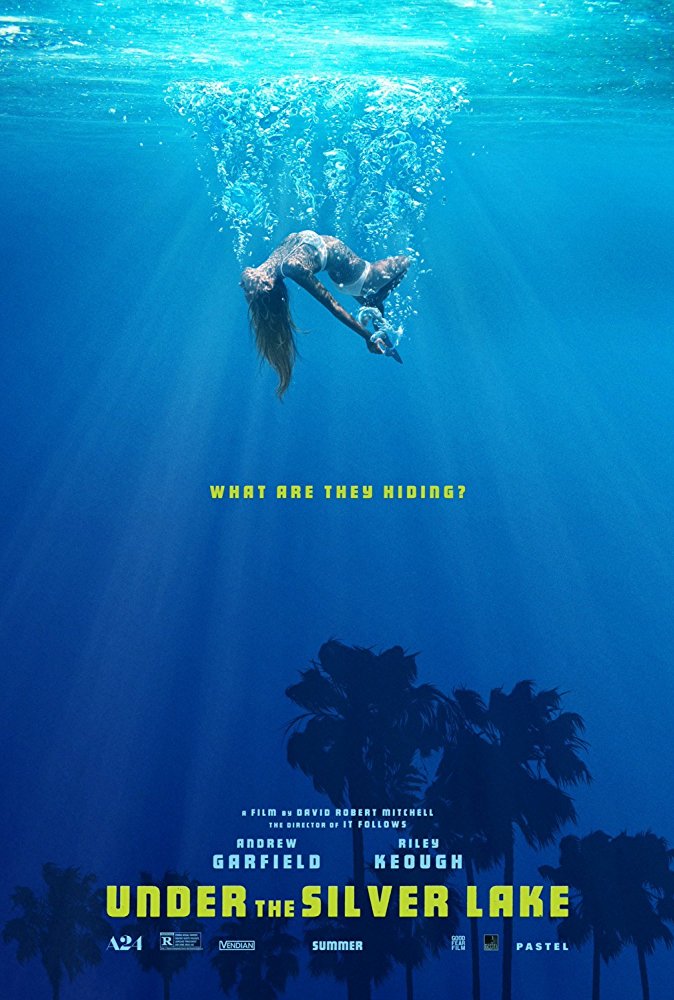 Plot: A man becomes obsessed with the case of the murder of a billionaire mogul and a missing girl. The more clues he seemingly finds, the further from reality he seems to get. -- Chris Kavan

Strange but I must say, a well-thought of material. I don't see this film being enjoyed by many, I don't see myself watching this again, but the idea of this film will linger to people who actually watched the whole thing.

We crave mystery b/c there's none left.

Andrew Garfield shines as an obsessive conspiracy enthusiast who finds himself in the midst of a surreal and bizarre mystery. The movie clocks at two and a half hours and packs a lot of random scenarios. Ostensibly a neo-noir, UNDER THE SILVER LAKE also serves as a deconstruction of detective fiction steeped in symbology and occult themes. There is a parade of beautiful women throughout the movie so that's a nice surprise. Andrew Garfield tackles the role with a bit of a plucky everyman quality. But there is also a weary resignation seemingly beaten down by his failed Spider-Man franchise.
The first half of the movie does move at a slow pace. But once the central mystery is gradually uncovered, it becomes interesting enough. However, there's also a strange reliance on gross-out humor …

A lot of people struggled with Under the Silver Lake. Both the hoi polloi at Cannes as well as general movie goers seemed confused and disinterested in director David Robert Mitchell's followup to the excellent horror film It Follows. Under the Silver Lake is certainly unique - a sun-drenched neo noir where urban legend and conspiracy theories collide, following a stoned voyeur-turned amateur sleuth in an off-kilter version of L.A. And while the film can best be summed up by, well, strange, for those looking for a film that falls outside the mainstream, give it a shot.

Andrew Garfield plays our stoner, way behind on rent, spying on neighbors, reading zines based on creepy urban legends and otherwise drifting through life. When he spies a cute, young new neighbor ( Sarah - played by …

No posts have been made on this movie yet. Be the first to start talking about Under the Silver Lake!