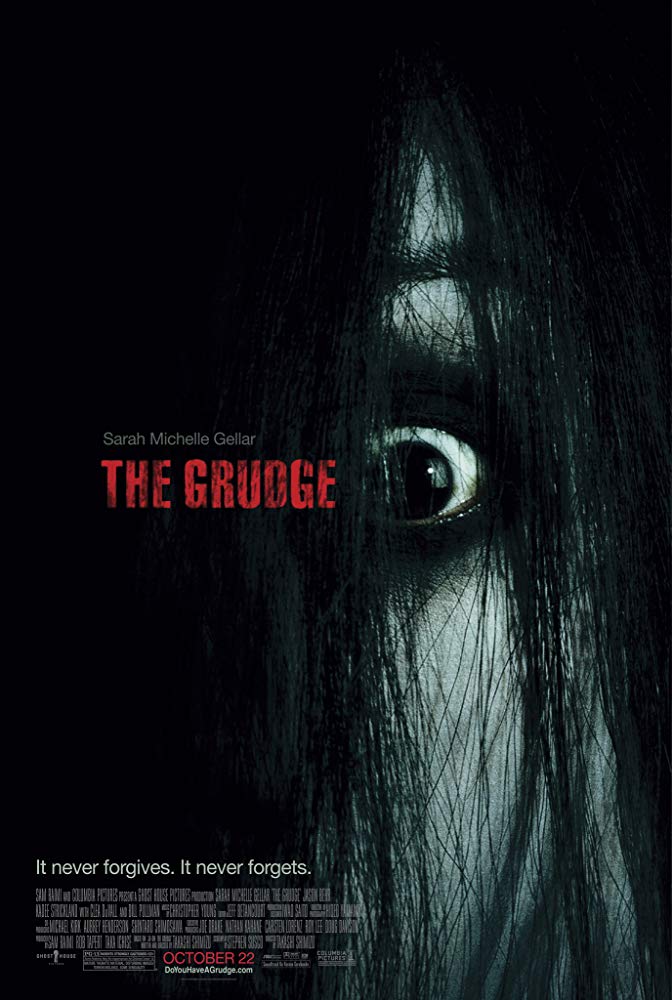 Plot: In Tokyo, a house with a violent history curses anyone who steps inside.

The most surprising thing about this "Grudge" is that it isn't as terrible as most horror remakes. It's not unwatchable, but it doesn't make any improvements where the original left obvious room.

This movie was traumatizing to watch. One of the worst fears imaginable happens in the worst way. It is nothing but a long series of terrible, nail biting scenes, where you can barely watch the screen.

In Tokyo, a house with a violent history curses anyone who steps inside. This movie scared the living Jesus out of me but they parts in this film where the main characters start talking and that's where the film starts to get boring.

It was an okay horror film. I felt like Sarah Michelle Gellar could've done more. When she was sad or scared, I felt like I was watching the extremely depressing (in a good way) Season Six of "Buffy the Vampire Slayer." I think this movie could've been scarier if they did not have as many choppy scenes. For a horror film, there's a lot of characters and the ghosts or the grudge aren't as menacing as they should have been. The special effects are mediocre at best. The sound effects are laughable more than half of the time. There were many instances when I thought of "The Ring" especially when one of the ghosts would crawl down the stairs. That's the problem with Japanese horror film adaptations: once one becomes successful and popular, others try to imitate it instead of striving to take …

No posts have been made on this movie yet. Be the first to start talking about The Grudge!