Sorry to Bother You Movie Information 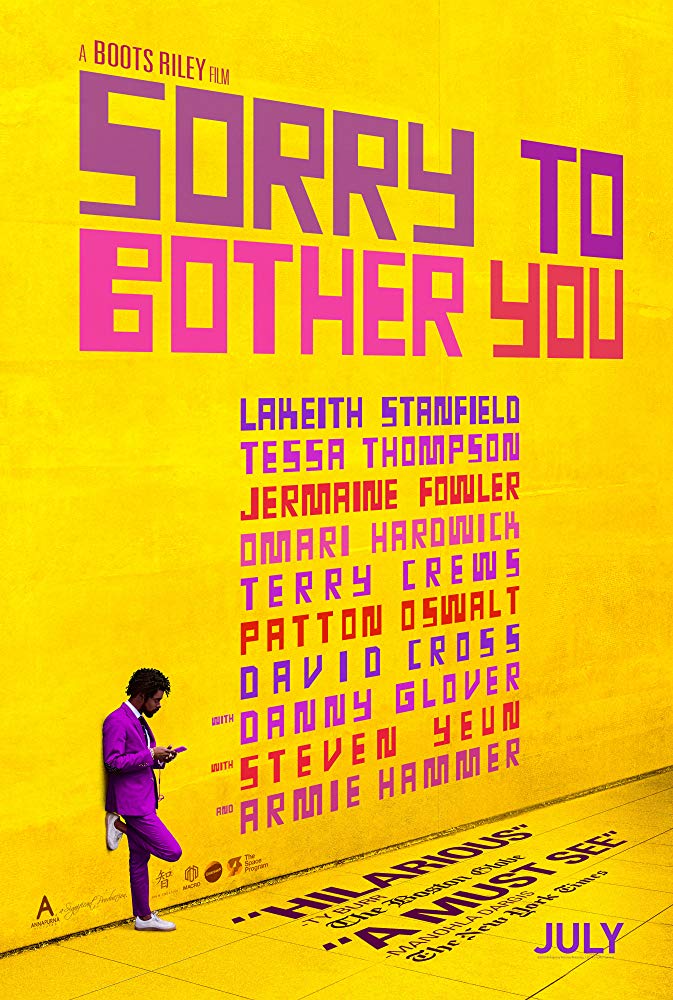 Plot: Taking place in an alternate version of Oakland, a black telemarketer learns the secret to success is to use his "white voice" and proceeds to quickly rise up the food chain. But his newfound fame comes at a price as he delves deeper and deeper into his shady business. -- Chris Kavan

A razor-sharp satire with equal elements of Spike Lee mixed with Idiocracy and just a dash of Cronenberg (wait for that third-act U-turn). Skewering capitalism and racism with equal fervor, Boots Riley, with some excellent turns from Lakeith Stanfield, Tessa Thompson (with support from her earrings) and Armie Hammer (along with the &quot;white&quot; voices of David Cross and Patton Oswalt) has crafted perhaps the most unique film of 2018. It's hard to say if this will be everyone's cup of tea, but it's certainly entertaining.

An angry, multi-themed allegory that attacks capitalist gains, "Sorry to Bother You" will be scratching at your brain for days.

Weird satirical black comedy about telemarketers that suddenly veers into hardcore science fiction in the third act. I guess they thought the initial hook wasn't interesting enough. Armie Hammer is a scene-stealer as a maniacally evil tech mogul.

One of those comedies that ACTUALLY matters

Probably one of the best comedies in recent years. I admire how it uses the genre so effectively that it ends being classy and intelligent at the same time. The material was really clever. The storyline was on-point when it comes to throwing shades on racism and how capitalism oppresses the minority and the most vulnerable. Great performances by the cast. I would say that the humor was unique and that the delivery of every jokes and satires are well executed. Production value more than enough to entertain. The cinematography could be improved though. But overall direction was solid. Using different techniques and devices worked really well to send the message the script wanted to convey. There is so much in this film that it deserves a critical response from the audience. I love the …

No posts have been made on this movie yet. Be the first to start talking about Sorry to Bother You!