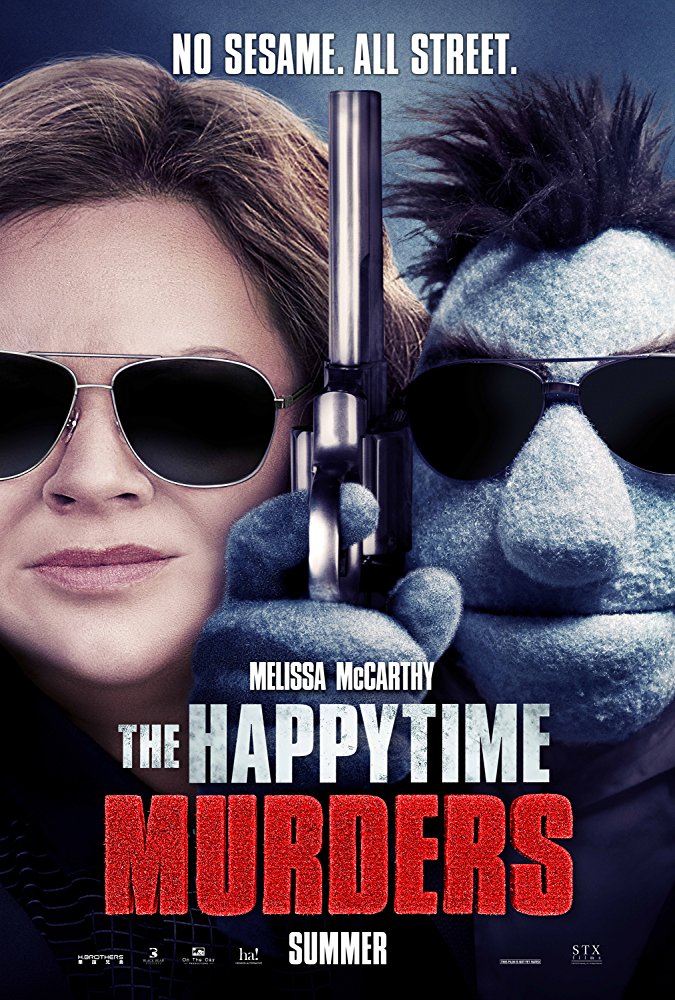 Plot: In this world, puppets are people too - though treated as second-class citizens. During its height of popularity, The Happytime Gang delighted children of all ages. But the 80s are over and now a serial killer stalks the puppet cast, one gristly murder after another. Phil, a puppet and disgraced detective turned-private eye is on the case following the murder of his brother and hooks up with a former partner to try to solve the case. But as evidence mounts against him, he realizes he will not only have to solve the cast, but clear his name in the process. -- Chris Kavan

A mixed bag of gags that only work about half the time, this Muppets-gone-bad concept could work if it only had a funnier, less half-baked script.

One of the best murder mysteries in recent memory.

From start till finish I was hooked, and the ending was totally not lame at all. I'm struggling to gasp why this was so poorly received. Maybe it's too smart for them? Or maybe the critics are being paid from Marvel to trash the movie, because that has to be the reason, right?

Anywhere, Melissa McCarthy is absolutely amazing in this movie. A comedic genius with hidden details in her character. My only issue with McCarthy performance, which is a small bitchy nitpick by the way, but I wished she fell over more to add an extra laugh in my miserable life. Of course that's one complain that unfortunately stops it from being a 6/5, but it still stands at a 5/5, so yeah.

Everything else on a technical stand point is flawless. I love …

No posts have been made on this movie yet. Be the first to start talking about The Happytime Murders!