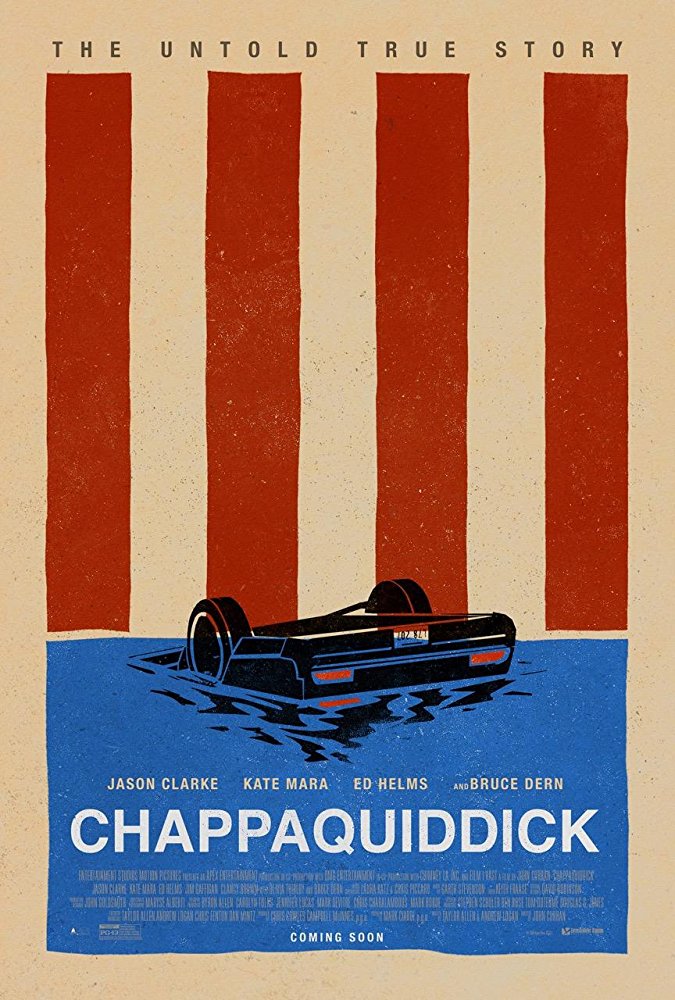 Plot: In 1969 Ted Kennedy found both his political career and personal life spiraling out of control in the aftermath of a car accident that resulted in the death of a young campaign strategist Mary Jo Kopechne. -- Chris Kavan

A clear-eyed and empathetic character-study set in the wake of a historic tragedy, "Chappaquiddick" brings the actions of a man who feels both eclipsed and haunted by his family name into almost full perspective.

A well acted yet slightly polemical dramatization of Ted Kennedy's (Clarke) fateful accident in 1969 which led to the death of a young aide (Mara). It does not shy away from showing the sketchier side of the Kennedys' efforts to keep their image clean during the resulting media circus. Which brings us to the film's potential biases.
There remain details unknown about how the car crash caused Mary Jo's death. The film does try to balance out historical accuracy with its own imagination carefully. And yet, its depiction of Ted Kennedy for most of the film paints him in a bad light as a weak willed indecisive buffoon.
It's hard to judge the film as fair-minded when it lacks nuance in its depiction of the central character. Nevertheless, Jason Clarke does well with what little he's given. …

The Kennedy curse seems poised to strike again when the last surviving son of Joseph Kennedy, Ted, is involved in a car accident that claims the life of young campaign strategist, Mary Jo Kopechne. While Ted quickly involves family friend Joseph Gargan and Paul Markham, he also scrambles between owning up to the accident while salvaging his political career.

Chappaquiddick is somewhat dry but it also doesn't sugarcoat the issue. Jason Clarke plays Ted Kennedy on a thin line between unsympathetic villain yet a victim of his own family name. Following the assassination of brother John F. Kennedy and murder of Robert Kennedy, he is the last scion, but gets no respect from his ailing father - an exceptional Bruce Dern who says more in a stern expression than words could ever match. While …

No posts have been made on this movie yet. Be the first to start talking about Chappaquiddick!