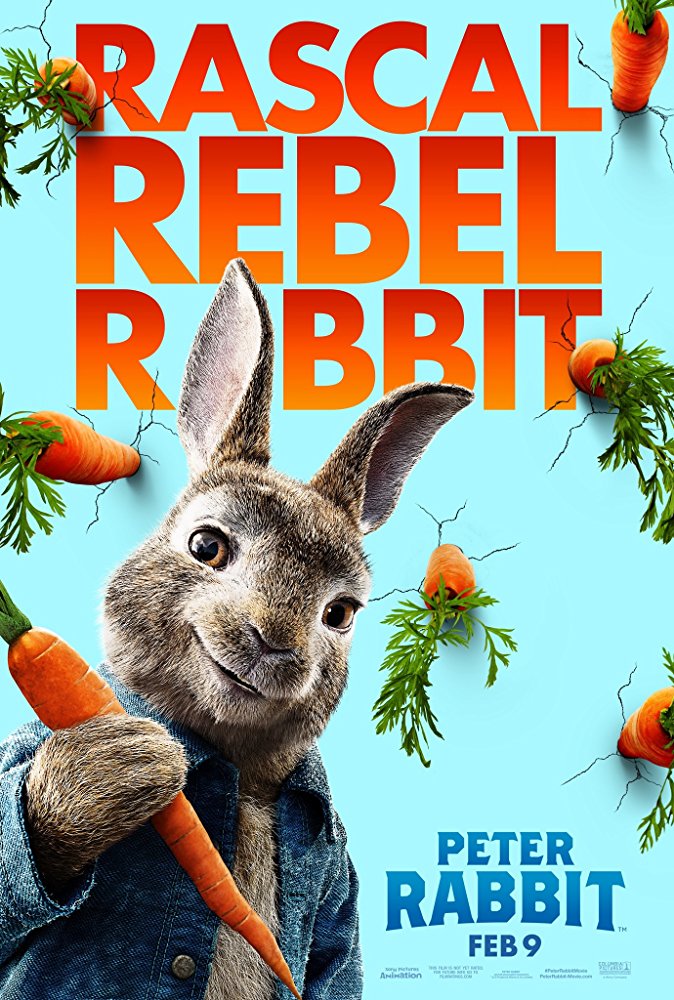 Plot: Beatrix Potter's classic tale comes to life as we follow the rebellious Peter Rabbit on his quest to sneak in to Mr. McGregor's vegetable garden. -- Chris Kavan

I hate Peter Rabbit. I hate everything about him. What's worst he's voiced by a massive tool. What a stellar cast, but unfortunately get pushed aside for Cordon. Why are Domhnall Gleeson and Sam Neill characters portrayed as villains? I was rooting for them. The rabbit is ruining the garden crops! But hey, at least it entertained the kids for an hour and thirty five minutes.

Peter Rabbit starts out better than expected. James Corden is funny as a voice actor and there's a surprising amount of gallows humor mixed with slapstick for the kids. Domhnall Gleeson evidently has talent for comedic roles. But then it becomes more mean-spirited as the film goes along. Can't say the second half will be as enjoyable for families as the first one was.

Oh god. Peter Rabbit was so mediocre.
I really don't see the point of making a film about a group of rabbits fighting a human to get in a vegetable garden. Wait, WHAT?!
I WASTED MONEY ABOUT SOME IDIOTIC RABBITS TRYING TO GET INTO A VEGETABLE GARDEN?! AND IT WASN'T EVEN A DECENTLY GOOD FILM?! OH COME ON!!!
THIS WOULD HAVE BEEN GOOD IF IT WAS AN EPISODE OF SOME KID'S TV SHOW! BUT THE CREW WAS LIKE "Hey! Let's make a so-so movie about some simple story with rabbits trying to get into a garden." WHY?!!
Ok, enough of that.
Peter Rabbit does this formula: Half good, half completely vulgar. The jokes are half funny, half stupid and repulsing, the plot is half-baked, the characters are either being smart or dumb, and the "action" is good or bad.
So, a decent film Peter Rabbit is. I guess.

No posts have been made on this movie yet. Be the first to start talking about Peter Rabbit!