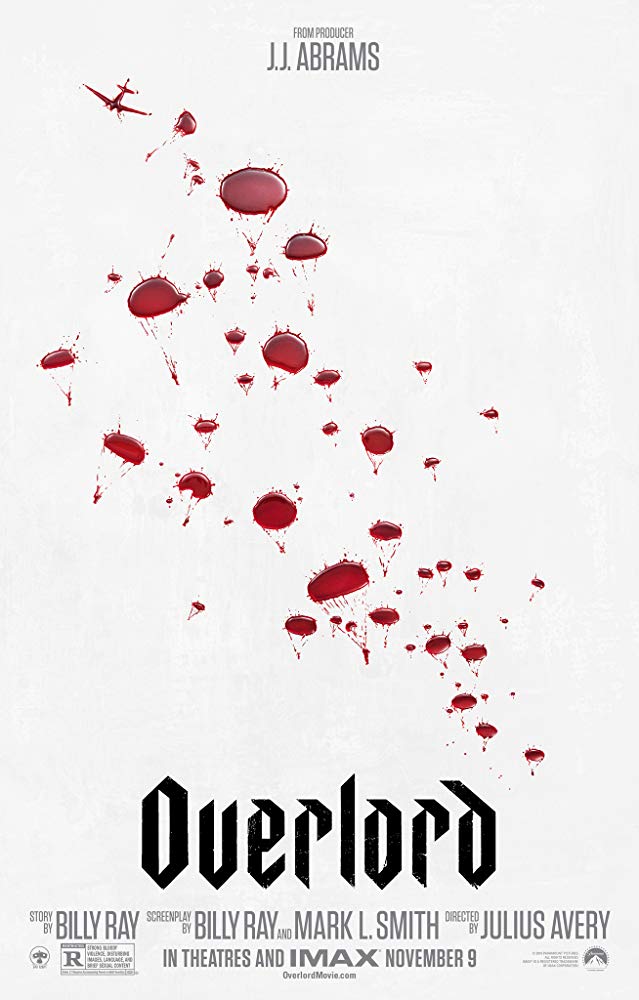 Plot: On the eve of D-Day, paratroopers are sent behind enemy lines in hopes of disrupting Nazi forces before the main attack. One group of Americans are sent to a Nazi-occupied village but when they arrive, they realize there is a much more sinister plan at work - supernatural and wholly evil. -- Chris Kavan

I liked it - while the film strays from getting too deep into the philosophical aspect of WWII - it goes balls out in the over-the-top violence, especially towards the end. The special effect (most of which are practical) are fantastic, the cast is fine, though most characters are broad strokes (the badass, the timid soldier, the jerk, the token female) rather than deep personalities - in this type of film I didn't expect much else. If you're in the mood for war mixed with thrills, get after it.

I would like to believe that it has a very interesting premise, however, it obviously refused to delve on its cultural meaning deeper and went to an entertaining action flick path instead. Regardless, there was a slick usage of these German crazy experiments during the war and the film allows some glimpse of powerful and heartfelt scenes.

'Overlord' could've been an over the top thrill ride, but unfortunately gets bogged down by bad dialogue and not fully embracing itself. Not to say it was boring or bad, just needed to experiment more. On the bright side, this is the closest we have gotten to a video game adaption of "Black Ops: Zombies".

Entertaining but not what I expected

The German doctor, he believes the tar in the ground
has some kind of a power.
He calls it his science.
But itâs just an excuse to kill us.

When I watched the movie âTrench 11â at the end of last year, I already said this might be the cheaper version of âOverlordâ. The starting point was identical. In âTrench 11â itâs a group of soldiers who had to search an abandoned bunker of the Germans. There were rumors the Germans conducted experiments there. The Germans tried to fabricate a chemical product so they could create invincible storm troops and thus conquer the rest of the non-German-Friendly world. The biggest difference between âOverlordâ and "Trench 11" is the choice of world war. In âTrench 11â they were wallowing in the trenches during World War I. …

No posts have been made on this movie yet. Be the first to start talking about Overlord!