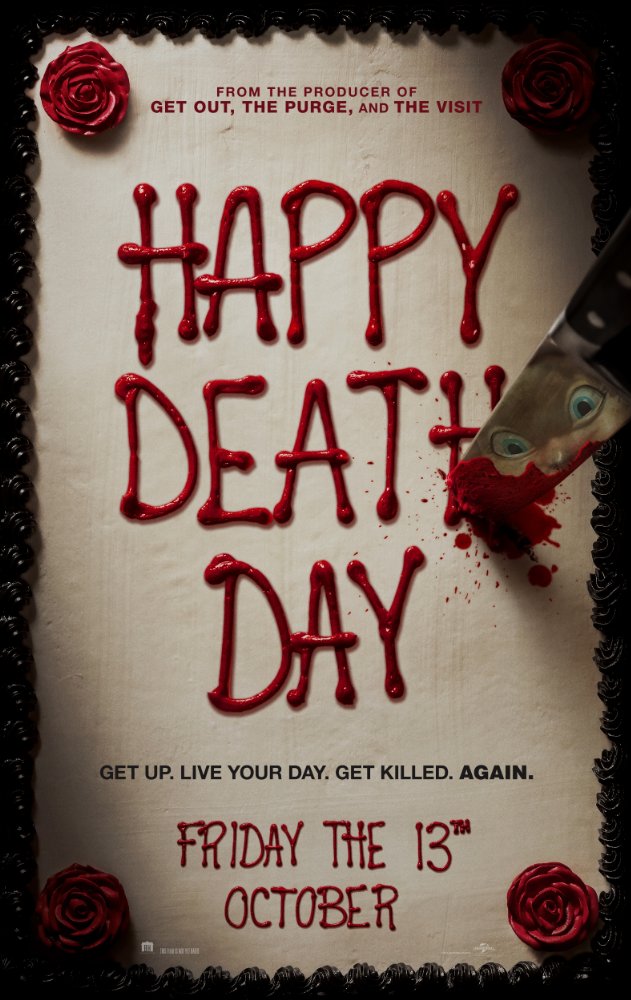 Plot: Tree Gelbman has been murdered. But the college student finds herself reliving the same day over and over again and the only way out is to find out who is killing her... and why. -- Chris Kavan

"Ayy its my birthday and i aint gonna pick up the phone ayy its my birthday yall should just leave me alone" I don't know why, but I really like the ringtone on her phone. I always anticipate the song every time she dies and resets the day. Anywhere...'Happy Death Day' was a guilty pleasure for me. The whole 'Groundhog Day' approach has it's flaws with some terrible scenes, but man did I have a blast with this one.

I liked it! It was a fun ride, a horror-themed Groundhog Day where a not-so-nice sorority girl, Tree Gelbman (Jessica Rothe) finds herself re-living the same day over and over again, while also being stalked (and eventually murdered) by a creepy baby-masked killer. Valuable lessons are learned, twists are thrown in and it adds its own interesting concepts to the time-loop. Overall, I was quite happy with the results as Blumhouse once again provides an above-average horror experience.

You canât really say âHappy death dayâ is original. Youâll immediately think of films as âGroundhog dayâ and recently âBefore I fallâ when watching this time loop/slasher movie. The same principle with one crucial difference. The person trapped in an apparently infinite time loop is being murdered each time by an unknown person wearing an idiotic mask. Are you expecting a humorous âFriday the 13thâ flick? Youâll be pretty disappointed at the end of the film. Itâs never as exciting as the infamous slasherfilms from the 80âs. And you canât call it funny …

No posts have been made on this movie yet. Be the first to start talking about Happy Death Day!