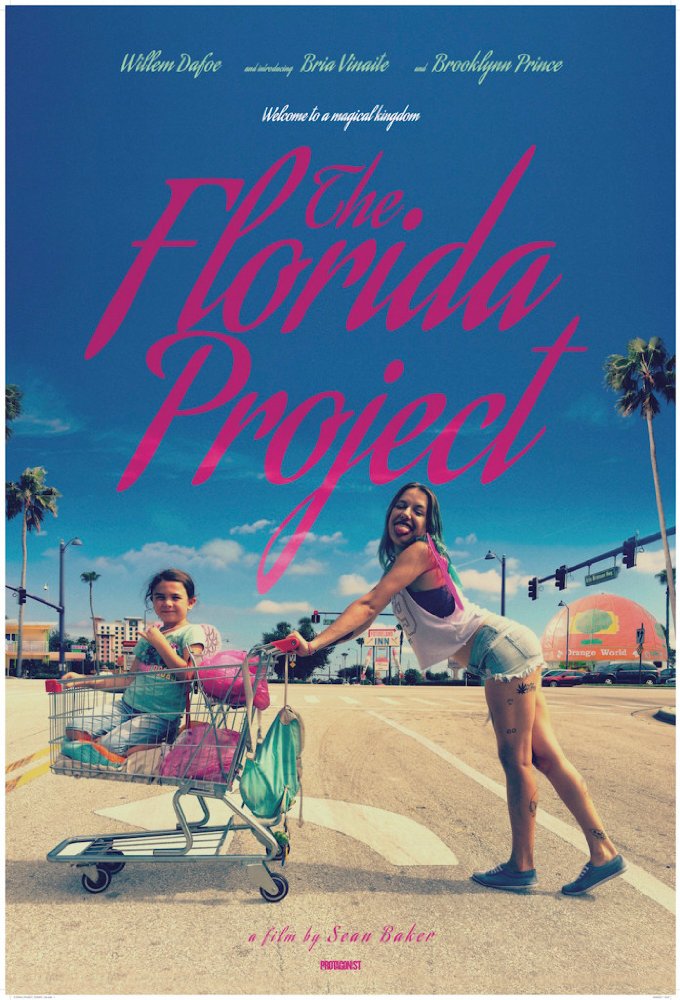 Plot: A precocious six-year-old and her ragtag group of friends spend their Florida days full of childhood wonder, adventure and endless possibility - meanwhile, the adults in their lives struggle to merely get by. -- Chris Kavan

Sean Baker is becoming one of the most compelling voices in indie-cinema. "The Florida Project" is a chance to take an authentic look at lives different from your own.

It reminded me of all the silly things I did when I was a child. It was a good film looking back to a child's mischief and little adventures until I realized it was actually more of the mother's story. Introduced likable characters and reflects real-life situation. I knew from the first five minutes of the film that I was practically watching a Wes Anderson film, with the color, the symmetry, panning, the comedic element, and the father issue, but all of these MORE ORGANIC. Half of the film I felt like nothing is really happening, no explicit conflict, i figured out that climax isn't coming soon. But that was not a problem because I enjoyed knowing the characters, and I appreciate the build-up. Everything went well until that minute right before the black-out and the credits. I was ready …

Willem Dafoe is the glue that holds all of the other pieces together in "The Florida Project." Without Dafoe, who plays the even-keeled motel manager Bobby Hicks, this cinema veritÃ© styled film would disintegrate into loosely tied together improvisational scenes featuring non professional and first time actors. Dafoe is at his best when his character struggles to manage the moral dilemmas heâs presented at the hands of the guests of his "Magic Castle Motel," most of which are more like permanent residents. At times he is a strict disciplinarian and rule enforcer. At other times he is a playful and compassionate guardian. Waiting to see which part of Bobbyâs personality emerges in the middle of any of his many guestsâ crises proves to be just as nail bitingly anxious as the …

Sean Baker presents a bright, bubbly version of Florida as seen through the eyes of children, but beneath this candy-coated surface a dark reality hides as the adults, some of whom seem more childish than the kids around them, struggle to maintain a life and family.

Our main character is six-year-old Moonee (Brooklynn Prince), who is staying at the ironically-named Magic Kingdom motel with her mother, Halley (Bria Vinaite). She hangs out with Scooty and Dicky (Christopher Rivera and Aiden Malik) and get in to no end of trouble. After spitting on a car, they are punished by building super Bobby (Willem Dafoe) but instead of a learning a valuable lesson, they go on more series of misadventures, befriending Jancey (Valeria Cotto) and score free meals from Halley's friend and Scooty's …

No posts have been made on this movie yet. Be the first to start talking about The Florida Project!