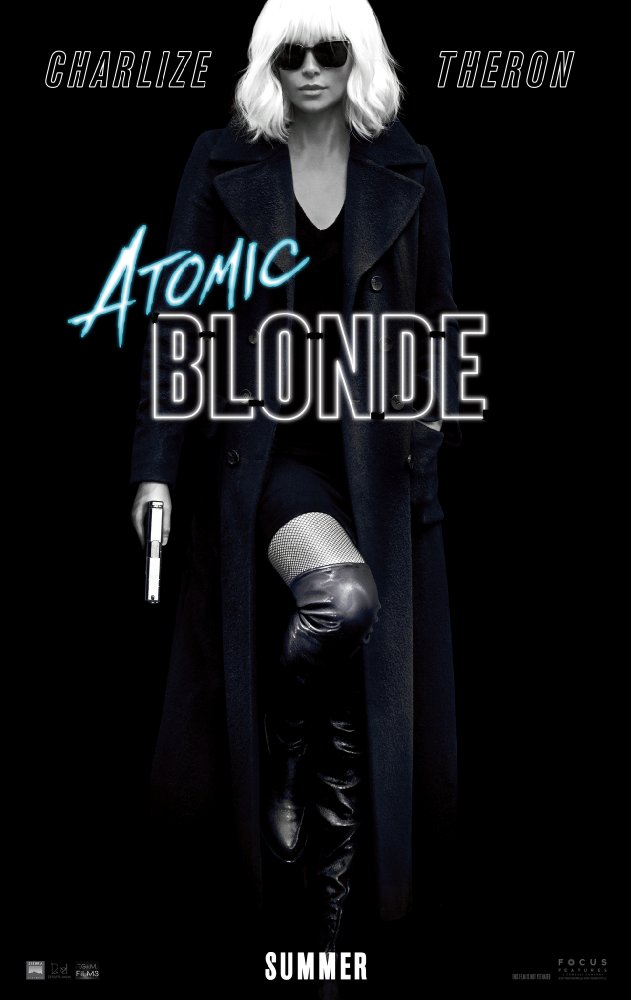 Plot: MI6 Agent Lorraine Broughton is as beautiful as she is deadly. At the height of the Cold War another agent is found dead in Berlin. Broughton must join forces with an embedded station chief David Percival in order to smuggle out a priceless dossier. -- Chris Kavan

Strictly for entertainment only, the stylized "Atomic Blonde" is fun, but confusing.

Atomic Blonde boasts a killer soundtrack, some kickass fight scenes, and a good cast. Plus a lesbian scene between Charlize Theron and Sofia Boutella. That's not bad. But the plot is nearly incomprehensible and complicated. It becomes yet another good looking movie that winds up mediocre thanks to confusing "convoluted" with "complex".

If John Wick were female, and a spy, this would be her story. Charlize Theron is in full badass mode, and, for once, the fights are as realistic as they are brutal - you feel every punch and kick along with the character. Though the story can be a bit muddled, it isn't too hard to follow, plus that 80s soundtrack perfectly captures the mood from jubilant to reflective. All in all, if you like action, don't pass this one up.

An MI6 operative is dispatched to Berlin to recover a list of their agents that has been obtained by a rogue KGB hit man hoping to sell it to the highest bidder.

This 007-lite plot is one of the many anachronisms that plague this spy-orientated action movie that is based upon a graphic novel. The upshot of this is watching an admittedly appealing Charlize Theron modelling an incessant series of 1980s inspired outfits while brutally dispatching stereotypical bad guys to retro pop music. And that's it. There is little attempt at depth or sophistication and the plotting is so episodic and shallow it doesn't even match the standard set by the average comic strip-inspired movie. It's very similar in feel and quality to one of James McAvoy's previous projects Wanted as it lacks the knowing …

A so-so storyline but violent,intense action

"You know those movies where the picture just starts to slow downâ¦ and melt? Then catch fire? Wellâ¦ that's Berlin."

What was the overall feeling after watching "Atomic Blonde"? For me it was a mixture of confusion and excitement at the same time. Confusion because of the complex story with a multitude of twists and spy related mumbo jumbo. To be honest, I always have that with this kind of movies. So you can assume that I'm not a big fan of espionage movies. Not even James Bond movies. Even though these story lines are rather straightforward and simplistic in my eyes. "Atomic Blonde" on the other hand is in a different league. At a certain point I didn't know anymore what was going on and what role the main characters played. I even forgot the main goal. The only things I still …

My Favorite Charlize Theron Movies by The WHB

No posts have been made on this movie yet. Be the first to start talking about Atomic Blonde!