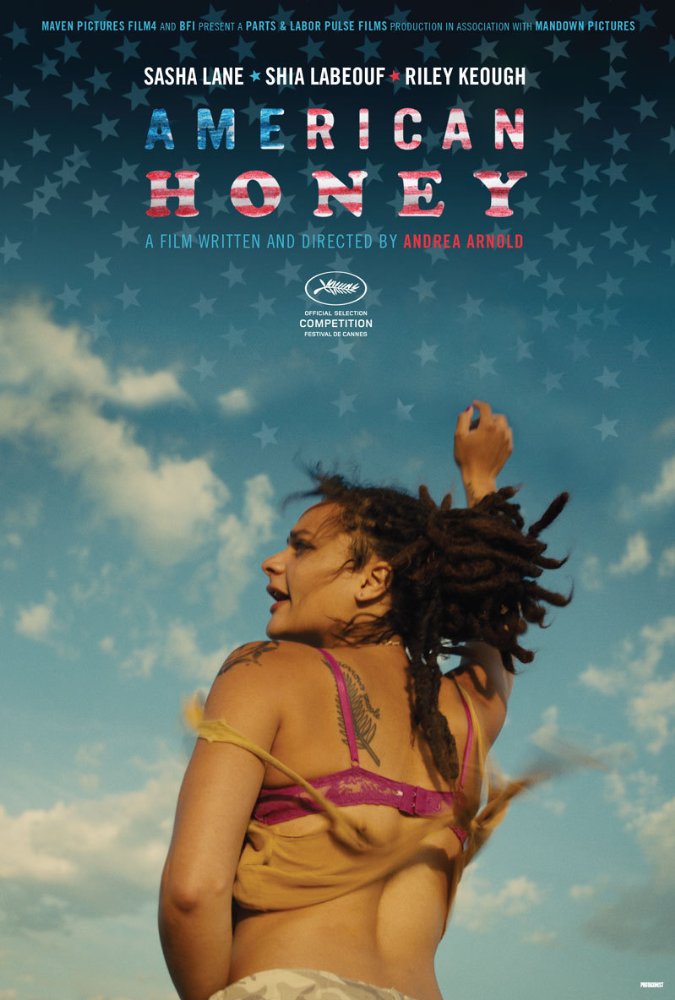 Plot: Star is a teenage girl without direction who finds a band of misfit traveling magazine salemen and joins them on a trip across the Midwest where they party hard, bend the law and may even find a little love. -- Chris Kavan

Perhaps overlong and overplotted, but "American Honey" succeeds as a raw, darkly funny, on-the-fringe road movie and the stand-out indie gem of 2016.

"You know what Darth Vader looks like beneath that mask? He's a skeleton. Just like the rest of us".

'American Honey' is a beautiful made film that takes the audience on an non-stop road trip. Despite the runtime which I had an issue with some scenes, but didn't ruin the overall experience. The soundtrack itself was a show stealer.

Andrea Arnold, a foreigner, enters the American dream and the modern youth. With this movie however, I think it's gonna be hard for her to top this one. The sense of freedom and naturalism, making it almost documentary-like. Andrea is another director I'm keeping my eye on for her next project.

Shia LaBeouf delivers one of his best performance I've seen from him; Transformers? Never heard of it. An impressive film debut from Sasha Lane, which …

No posts have been made on this movie yet. Be the first to start talking about American Honey!