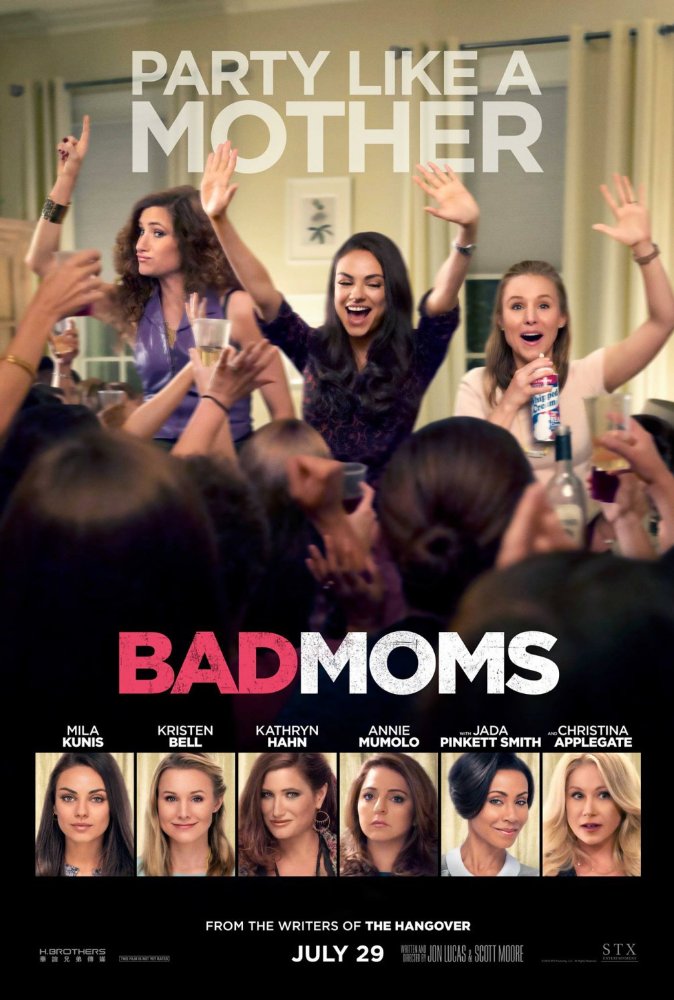 Plot: Three over-worked, over-stressed and under-appreciated mothers join forces and take on a new life of reckless abandon and liberation. But their antics catch the attention of local PTA queen bee and her cadre of perfect mothers - and the confrontation promises to be eminent and epic in proportion. -- Chris Kavan

Mothers everywhere get their due in this uproarious comedy that is a lot of fun although not necessarily original. But when you have such a good cast of female comedians and actors together, it's still a good time.

'Bad Moms' is yet another addition to the ever-growing list of R-rated comedies with the word 'Bad' in the title. I've seen lame attempts propelled by a single descriptive which is meant to instill some kind of adult naughtiness, most of which don't deliver. I'm happy to report that this batch of ill-mannered mothers breaks that mold. At least, when it comes to delivering the laughs. The setup and overall plot are strictly conventional. It's shot, edited, and performed in a way that resembles every other modern studio comedy. But, like I said, it's actually funny! Surprisingly so. After quick introductions, the film fires many consistent hits. I did laugh out loud more than a few times. There were no dead spots, or jokes that fell completely flat. Looking past the trivial …

No posts have been made on this movie yet. Be the first to start talking about Bad Moms!