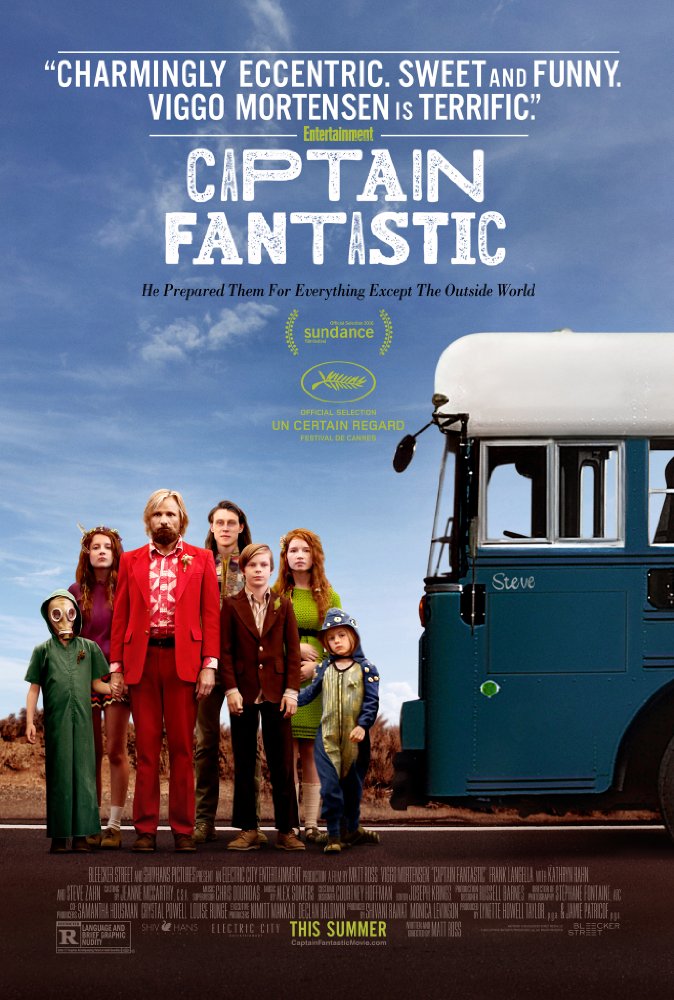 Plot: In the forests of the Pacific Northwest, a father has taken it upon himself to raise his six kids in what he considers the right mix of physical and intellectual education. But a series of events forces him to leave this perfect world and join the real one - and it challenges everything he has built up. -- Chris Kavan

A mold-breaking slice-of-life, the family in "Captain Fantastic" is a most peculiar one, but the film's familiar tropes makes them relatable.

'Fantastic' Exploration of Family and Parenting

Seems like every year we get that one offbeat, emotionally satifying, independent drama/comedy that takes notice above the rest. This year, that film is 'Captain Fantastic'. What a unique and pleasantly entertaining story of family. A father raises his six children alone in the wilderness. He teaches them an unusual brand of life lessons, which I often found worth agreement. They live as a secure unit under his command, always completing the daily routines together with a sense of purpose. He teaches them strict personal values and has them read at an adult level about pretty much every subject. There's a philosophical wisdom bestowed unto them at a young age. Their way of living is quirky in a charming but understood manner. It's when their mother (who is never seen) passes that …

No posts have been made on this movie yet. Be the first to start talking about Captain Fantastic!