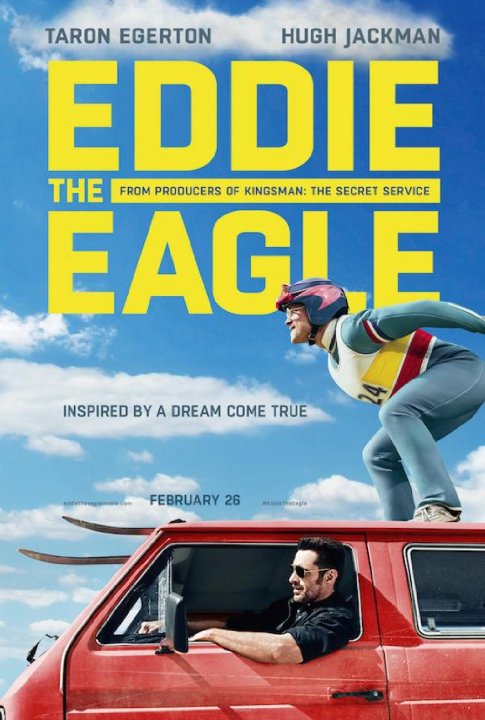 Plot: Based on the true story of Michael Edwards, aka "Eddie the Eagle" - Britain's first and one of the most celebrated ski jumpers. Against high odds and opposition, Eddie's perseverance and inspiration led to one of the most memorable moments in the Calgary Olympics.

"Eddie the Eagle" is a triumphant true story, but it has a hard time overcoming a made-for-TV feel.

'Eddie the Eagle' was a pleasant surprise. This sports biography of an unlikely Olympic athlete is full to the brim with cheeky comedy, endless charm, and a big heart. The film has a loving affection for it's characters. Eddie is a guy we can all root for. His willingness to overcome all the roadblocks in his path makes him a figure worth following till the end. He has many setbacks from the start due to his lack of athleticism and the constantly changing "official" Olympic rules. He manages to find loopholes in the system, but his real accomplishment is taking on this sport and physically beating the odds within just a few short months of training. His only goal from the start is to simply be claimed as an Olympic athlete. This isn't about attaining gold or everlasting glory, …

Eddie the Eagle is the true definition of a feel-good movie and I honestly didn't expect that while going in (The movie had mixed reactions). This may be another one of those inspirational underdog stories that we usual get, but I'll give this one a pass, since this movie did leave a smile on my face and I can't recall being bored while watching it.

Taron Egerton plays Eddie Edwards who's flawed, an outsider and always overlooked, and you can't help but like him. Taron Egerton did an excellent performance, as he was charming and very likable. Hugh Jackman was also great, as the best parts of this movie is with him and Taron. The movie is inspirational, delightful and the cinematography in this is just crazy good, I mean just wow.

The problems I have for this movie has to be with …

No posts have been made on this movie yet. Be the first to start talking about Eddie the Eagle!