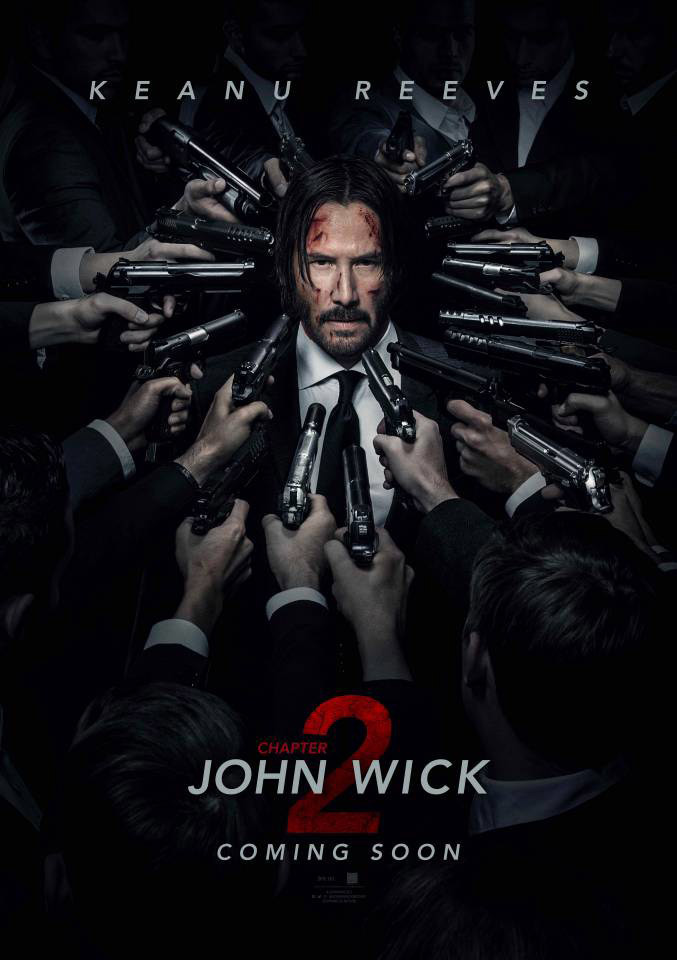 Plot: John Wick wants nothing more than to leave his former life behind but an associate, one he is tied to by blood oath, calls on his help when he puts a plan in motion to take over an international assassins' guild. The call leads him to Rome, where he will square off against some of the world's deadliest assassins and hitmen. -- Chris Kavan

The stylized, wild "John Wick" is backed by a just as stylized and wild sequel.

Not quite as snazzy or engaging as the original, but it's nice to see an action movie that takes aesthetics seriously. The show-down in the conceptual art exhibit was worth the price of admission.

An excellent follow-up to the surprise hit John Wick. The colorful underworld is flashier and the action is better than the first film. Keanu Reeves is giving Tom Cruise a run for his money.

The indestructible killer for hire calls a truce with the Russian mob, but upon hearing that he has returned to "the business" an Italian mobster calls in an old debt leaving John at odds with the entire assassin fraternity.

The original John Wick was a decent if unspectacular action thriller based upon a comic book, and this sequel continues the story from the point where the original left off. Once again a laconic Keanu grudgingly deals out death and destruction wherever he goes, with a bodycount even more extravagant than before. It once again is heavily influenced by Asian action cinema - notably John Woo's Hardboiled and A Better Tomorrow 2 - and the finale is set within a hall of mirrors like a postmodern homage to Enter The Dragon. Laurence Fishburne adds his weighty presence …

"I'm not that guy anymore. You are always that guy, John."

Once again I couldn't withhold myself from watching a sequel, although I knew it probably would be a watered down version of the original. And yet I could not resist it. And after re-reading my review of the first movie "John Wick", I can only conclude that I was right about that. The final sentence I wrote was as follows: "I admire Reeves that he's still capable to portray a character as Wick at his age of 50 and bring this kind of personage to a higher level, but I'm afraid that this sequel will be a weak carbon copy from the original." . Unfortunately, I was right.

The only difference with the first movie is the amount of fake blood they've used. Again, John Wick (Keanu Reeves) acts with extreme effrontery and he leaves …

You DO NOT Stab the Devil in the Back

When John Wick came out, it was a pleasant surprise. Chad Stahelski - who once worked as Keanu Reeves' stunt double in The Matrix films, got behind the camera and turned Reeves into a stoic badass - a martial arts and gun master who wanted to be left alone but was called back in to action when his car is stolen and his dog is killed. Thus began a one-man revenge tale and woe be to those who stood in John Wick's way. And action, oh my, if you like action Wick delivered on all cylinders.

John Wick: Chapter Two picks up exactly where the first film ended - with Wick cleaning up the last of the Russians in order to retrieve his car and, in typical Wick fashion, using said car as a weapon while doing so. He settles the score with Abram (Peter Stormare - staring in incredulous disbelief for …

No posts have been made on this movie yet. Be the first to start talking about John Wick: Chapter Two!