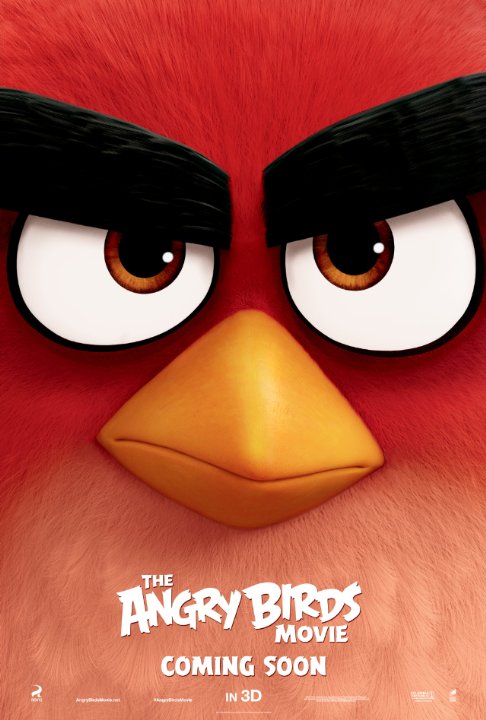 Plot: Just what made the birds so angry in the first place? On a peaceful island where a gaggle of flightless birds make their home, the sudden appearance by some green piggies unbalances their lives. It's up to Red, Chuck and Bomb to figure out what their new neighbors are up to. -- Chris Kavan

More comprised of lame gags and corny jokes that may only entertain small children than well-written narrative, and what story it does have is not all that original.

Actually not too bad at all, for an animated movie based on a mobile game that was incredibly popular like five years ago. In any case, kudos to the casting department for getting some big names (including a grunting Sean Penn) to voice the parts. While it's not Pixar magic, it is entertaining enough for a night with friends and/or family.

'Angry Birds' is the pointless film adaptation of a popular 'swiping' video game. There wasn't any material present for a story in the game, so it's obvious why this movie's plot is so derivative of other works. In fact, there are so many scenes that completely rip-off other (better) films. Let's not forget all of the needless pop-culture references, shockingly adult puns/innuendos, and barrage of animals dancing to out-of-place pop songs for absolutely no reason. Yeah, it's one of those 'kids' movies... Despite these annoyances, and most of the jokes landing flat, I didn't find myself hating the experience. The plot may be contrived and stitched together from other films, but the characters are well defined and acted. They make this endeavor easier to sit through. The animation …

No posts have been made on this movie yet. Be the first to start talking about The Angry Birds Movie!